Two vintage US coins certified by Numismatic Guaranty Corporation® each realized more than $1 million in a Stack’s Bowers auction in December. 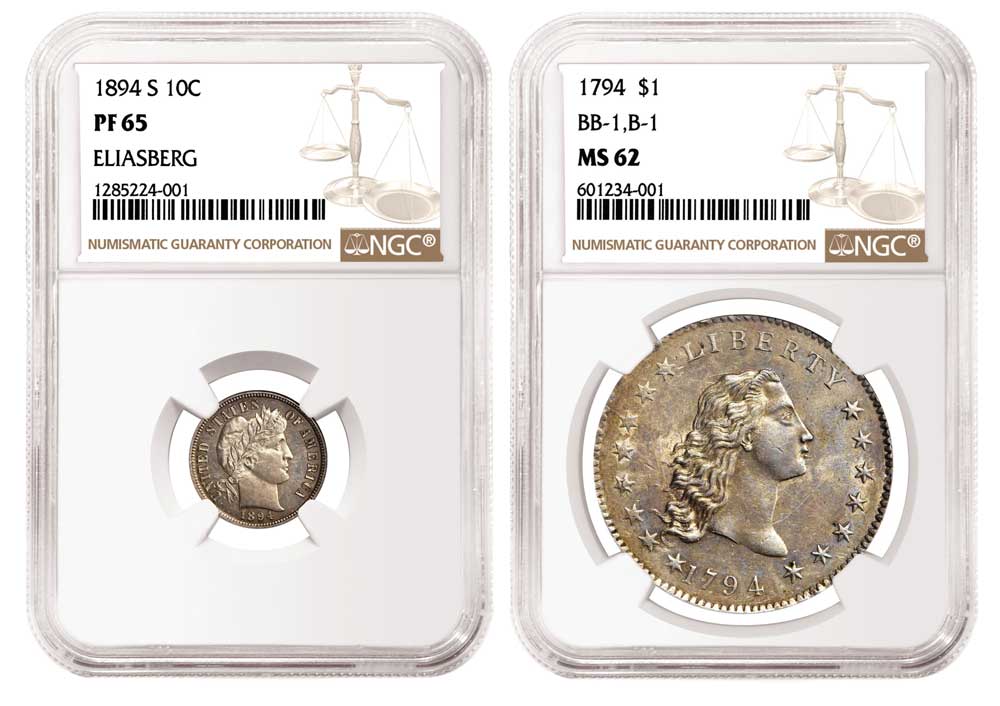 The 1894-S Barber Dime is among the most treasured rarities of US numismatics. Only 24 examples of the 1894-S Barber Dime were struck by the San Francisco Mint and just nine are known to exist today, including two that are heavily circulated. The example that just realized $1,440,000 is graded NGC PF 65 – only one point shy of tying for the status of finest graded – and is also pedigreed to the famous Eliasberg Collection.

Various possible explanations have been offered about why so few were minted. Some believe the San Francisco Mint struck the dimes for assay purposes, anticipating a larger order that never materialized. Other theories are that they were made to create an even-dollar amount for a bullion account, or that they were struck to use up a small amount of silver left over from damaged or obsolete US coins that had been melted down.

The most fantastic tale is known as the “ice cream story,” which recounts that a high-ranking San Francisco Mint official struck them for banker friends. Supposedly, he also gave three to his daughter, instructing her to set them aside for years. Unaware of their numismatic value, the child quickly spent one of them on a dish of ice cream.

Also generating spirited bidding at the auction was the 1794 Flowing Hair Silver Dollar graded NGC MS 62 that realized $1,050,000. This coin is a particularly high-grade example of the first silver dollars struck by the newly established US Mint. Only about 130 of the inaugural 1794 issue are known to survive today, from an original mintage of 1,758.

Their design demonstrates how US coinage evolved rapidly in the Mint's initial years of operation. For instance, the earliest dollars featured a relatively modest eagle, which was quickly replaced with a more impressive rendering.

As a testament to the depth of the Larry H. Miller Collection, another nine NGC-certified coins achieved results of at least $100,000. In addition to being an enthusiastic coin collector, Miller was a philanthropist and the owner of the Utah Jazz professional basketball team until his death in 2009. 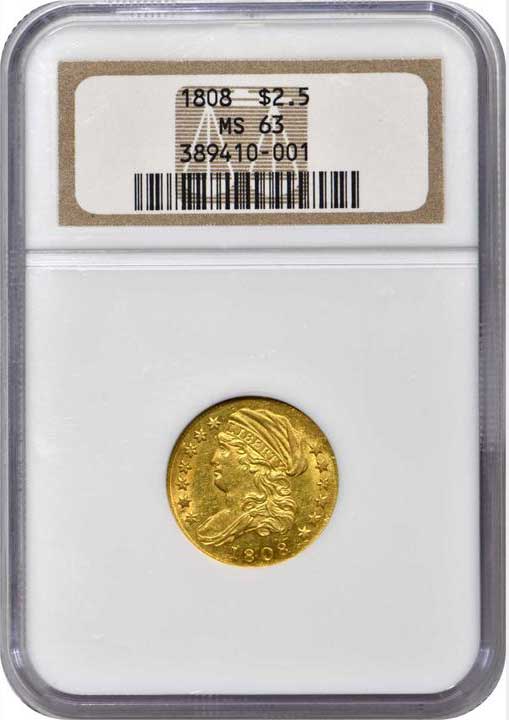 “The Larry H. Miller Collection demonstrates a level of excellence that few have been able to achieve,” said Mark Salzberg, NGC Chairman and Grading Finalizer. "The tremendous results of the coins in this sale — most of which were graded by NGC — once again emphasize the value of our services. NGC certification inspires confidence in bidders at all levels, including those competing for ultra-rarities like these."

Prices realized include the buyer's premium