With an "Una and the Lion" leading the way, a stunning collection of hundreds of rare English coins certified by Numismatic Guaranty Company™ (NGC®) realized CHF 8.3 million (about $8.9 million) in a sale by renowned Swiss auction house SINCONA. Impressively, the 424 lots averaged about CHF 19,600 (about $21,000) each in the SINCONA Auction 72: SINCONA British Collection Part 1 sale , which concluded on November 21, 2021. 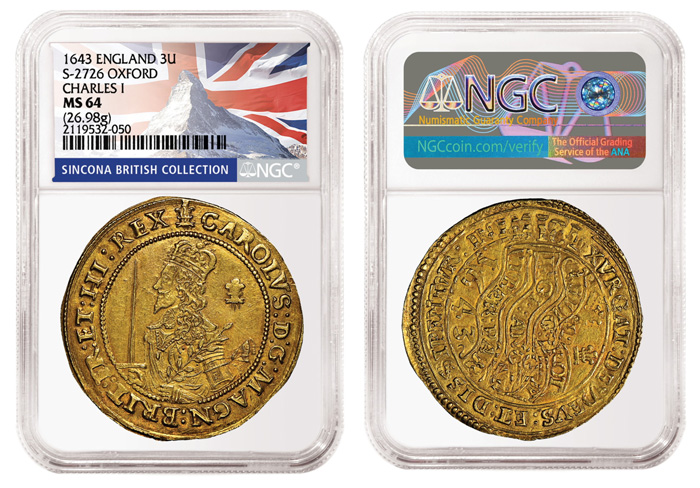 SARASOTA, Fla. (December 1, 2021) — With an "Una and the Lion" leading the way, a stunning collection of hundreds of rare English coins certified by Numismatic Guaranty Company™ (NGC®) realized CHF 8.3 million (about $8.9 million) in a sale by renowned Swiss auction house SINCONA. Impressively, the 424 lots averaged about CHF 19,600 (about $21,000) each in the SINCONA Auction 72: SINCONA British Collection Part 1 sale , which concluded on November 21, 2021. 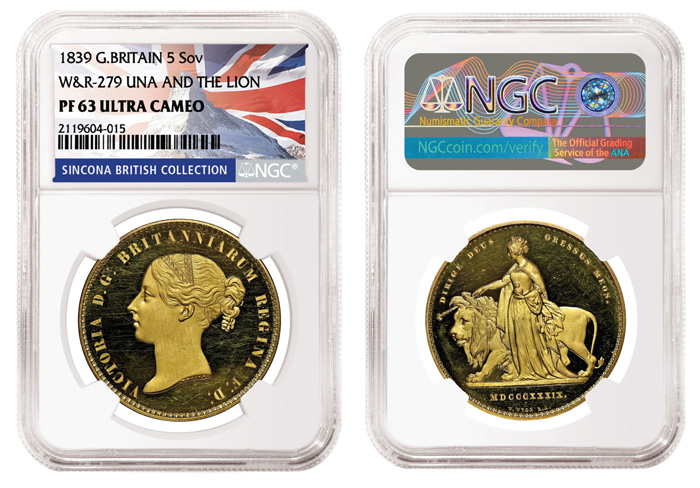 Widely regarded as the most beautiful British coin, the Una and the Lion was issued to celebrate the young Queen Victoria. It gets its name from its reverse, which shows her as the character of Lady Una guiding a lion in a scene inspired by Edmund Spenser's epic poem "The Faerie Queene."

Triple Unites are great rarities in English numismatics, as they were struck only for three years during the English Civil War. The obverse shows King Charles I with a sword in one hand and an olive branch in the other, while the reverse shows the hope to unite England under the Protestant faith, English law and a Parliament with liberty. Charles was eventually captured, tried and executed. 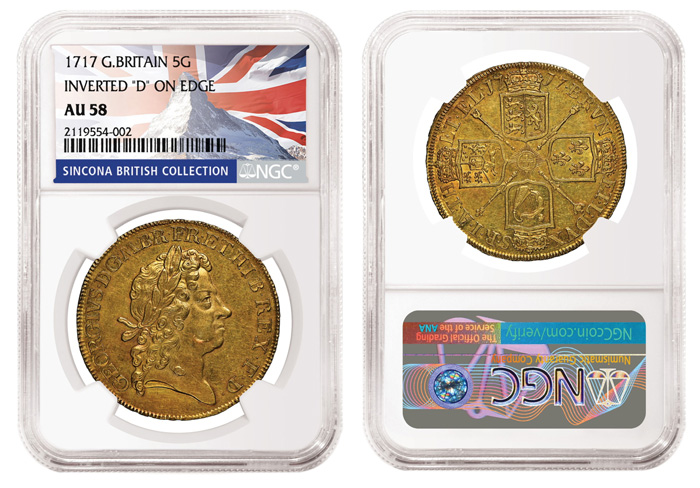 "It was exciting to see the NGC-certified SINCONA British Collection realize nearly $9 million in this auction," said Ben Wengel , NGC Senior Finalizer of World Coins. "This ambitious group of coins is an epic tribute to the impressive and incredibly detailed history of English numismatics."

NGC is showcasing high-resolution images of the coins in this unparalleled sale in an image gallery on its website. To explore the gallery, go to NGCcoin.com/sincona .

The sale was one of several that SINCONA presented in late November. Ten other NGC-certified coins realized six-figure prices in Auctions 71 and 73, including a Russia 1808CNB OT Russia 1/4 Rouble graded NGC MS 61 that realized CHF 468,000 (about $504,000). To learn more about this sale, click here .

In all, 21 lots from the SINCONA British Collection realized over $100,000. Other NGC-certified highlights in the sale included:

Prices realized include buyer's premium. All dollar amounts are US Dollars.