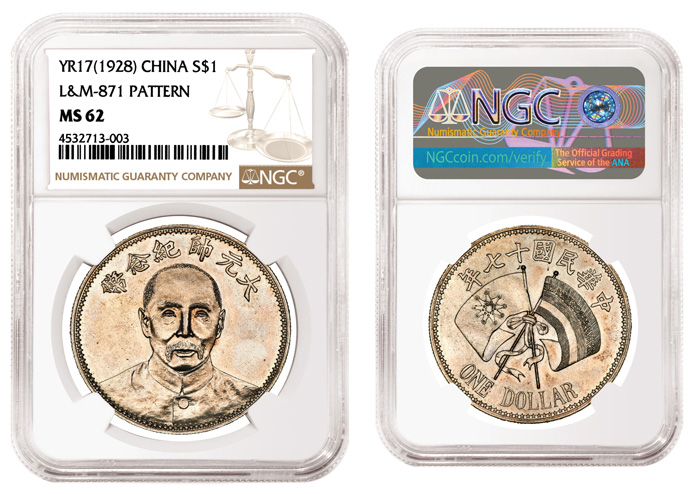 A pattern is a coin with a proposed design, and this one shows Zhang Zuolin, also known as the "Mukden Tiger." A warlord of Manchuria, he gained the presidency in June 1927 and ruled for just under a year before he was driven from power and assassinated.

“When given a rare opportunity to buy an ultra-rarity such as this one, bidders want to be assured that the coin is genuine and accurately graded,” said Ben Wengel, NGC Senior Grading Finalizer of World Coins. “The marketplace has clearly embraced vintage Chinese coins that are certified by NGC, which are backed by the industry-leading NGC Guarantee of authenticity and grade.” 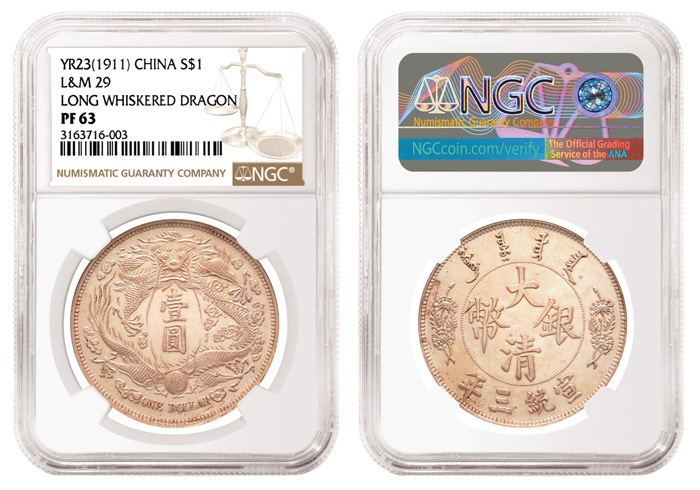 Struck right before the end of China's Imperial era, this high-grade coin features renowned engraver Luigi Giorgi's beloved dragon design on the obverse. Giorgi went on to design some of the most important coins of China's Republic era.

Other NGC-certified highlights in the December sale included:

Prices realized include buyer's premium. All estimates are provided by the auction house. All dollar amounts are US Dollars .

NGC is the world’s largest and most trusted third-party grading service for coins, tokens and medals, with more than 52 million collectibles certified. Founded in 1987, NGC provides an accurate, consistent and impartial assessment of authenticity and grade. Every coin that NGC certifies is backed by the comprehensive NGC Guarantee of authenticity and grade, which gives buyers greater confidence. This results in higher prices realized and greater liquidity for NGC-certified coins. To learn more, visit NGCcoin.com.