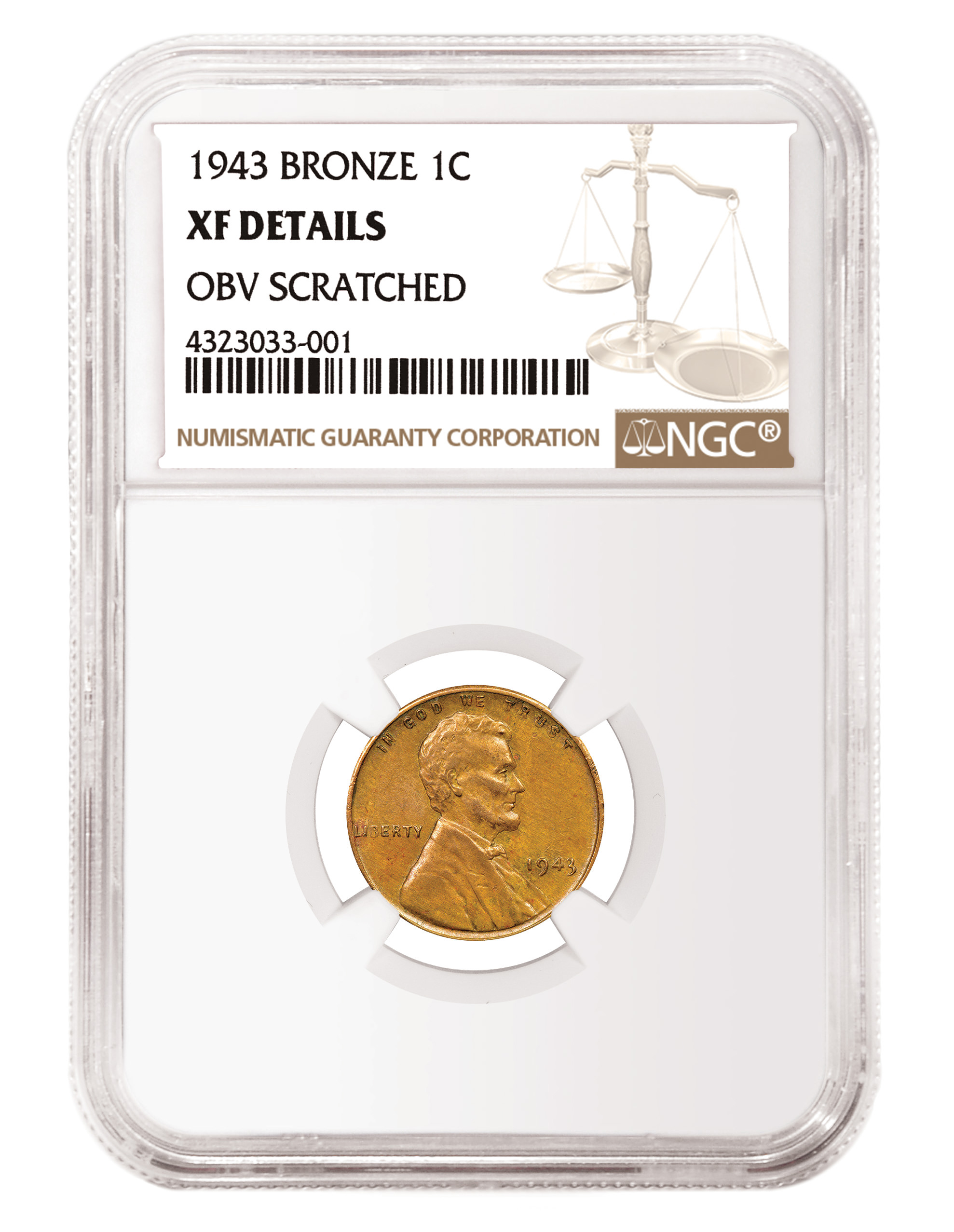 All 1943 cents were supposed to have been struck in zinc-coated steel so that copper could be conserved for more important uses during World War II. Nevertheless, a few were mistakenly struck in copper (its composition is technically bronze) and found their way into circulation.

The 1943 copper cent recently certified by NGC was found in a gumball machine in Philadelphia in 1976. It was then sold to a collector for the then-significant sum of $1,000.

The buyer passed down the coin to his children, who decided to submit it to NGC for certification after seeing that another NGC-certified 1943 copper cent — the Don Lutes, Jr. Discovery Specimen — had sold for $204,000 at auction in January. That specimen is named for the teenager who discovered the first 1943 copper cent in 1947 in his change.

The family checked the NGC Dealer Locator on NGCcoin.com to find an NGC Authorized Dealer who could assist with the submission. They found Hudson Rare Coins, which submitted the family heirloom to NGC on their behalf. NGC graded it XF Details.

“When someone calls to say that they have a 1943 copper cent, you never expect it to be real. It was therefore an incredible thrill when NGC confirmed this coin as a genuine example,” says Mitchell A. Battino, president of Hudson Rare Coins. “Now that it is certified by NGC there will never be any doubts about the authenticity of this great rarity.”

Hudson Rare Coins will represent the family in the sale of this recently NGC-certified example of the “king of mint errors.”