NGC has graded over 45 million certified coins since their founding in 1987. This amazing achievement includes many exciting rarities from very important U.S. coins to amazing Chinese rarities and issues from around the world. 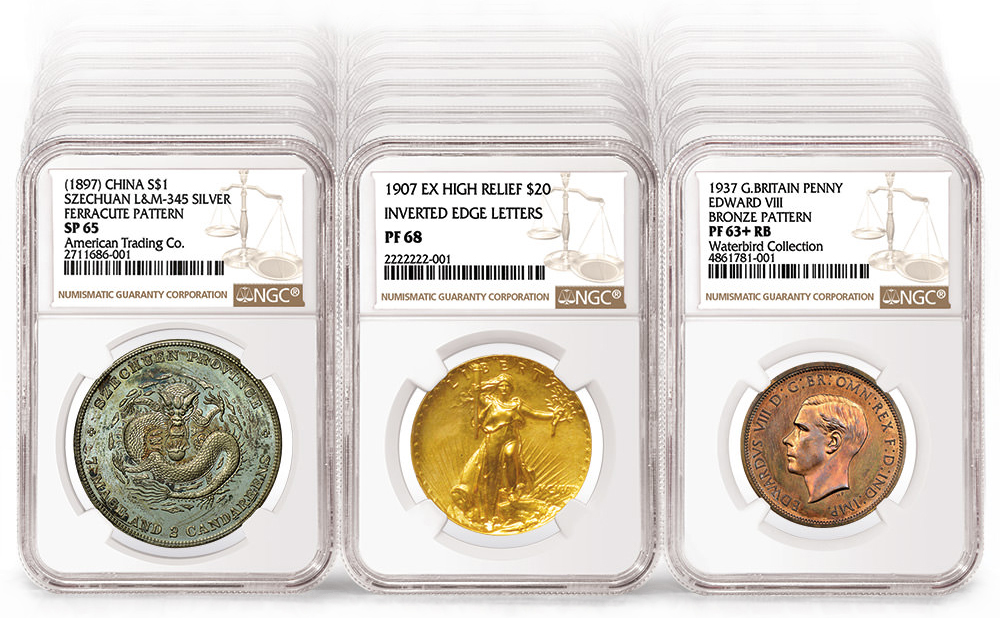 SARASOTA, Fla. (Dec. 17, 2019) — Numismatic Guaranty Corporation® (NGC®) has now graded more than 45 million coins, becoming the first third-party coin grading service to achieve this important milestone.
NGC has led the industry for many years. In 2010, it became the first third-party grading service to reach 20 million coins graded. By 2018, that number had doubled to 40 million coins — another milestone reached first by NGC.
Stellar growth across many categories and worldwide locations propelled NGC to 45 million coins graded. A truly global grading service, NGC certifies ancient, vintage and modern coins as well as tokens and medals. The company now has offices in Sarasota, Shanghai, Hong Kong, Munich and London; 19 Official Submission Centers; and thousands of Authorized Dealers around the world.
With full-time grading in Sarasota and Shanghai and regular on-site grading events in Hong Kong and Munich, NGC delivers faster turnaround times for submissions along with more personal and localized services.
While NGC's services and scope have expanded significantly since its founding in 1987, the company maintains an uncompromising commitment to its founding principles of accuracy, consistency and integrity.
NGC employs a team of more than 30 full-time graders, many of whom have decades of grading experience. To ensure impartiality, NGC and its full-time graders do not buy and sell coins commercially, and strict procedures are in place to prevent consultants from influencing the grades assigned to their own submissions.
After grading, coins are encapsulated in NGC's state-of-the-art holder, the same holder used by the Smithsonian Institution to preserve some of its most important numismatic rarities. In addition, every coin that NGC certifies is backed by the comprehensive NGC Guarantee—the strongest in the industry.
"NGC's continued success is rooted in a steadfast commitment to our guiding principles of accuracy, consistency and integrity," says Mark Salzberg, NGC Chairman and Grading Finalizer. "We thank all of the collectors and dealers worldwide who trust us to grade their cherished coins."
Among the 45 million coins that NGC has graded are some of the world's greatest and most famous rarities, for example: