Numismatic Guaranty Corporation® is excited to announce the addition of the Early Production designation to its industry-leading lineup of releases designations. 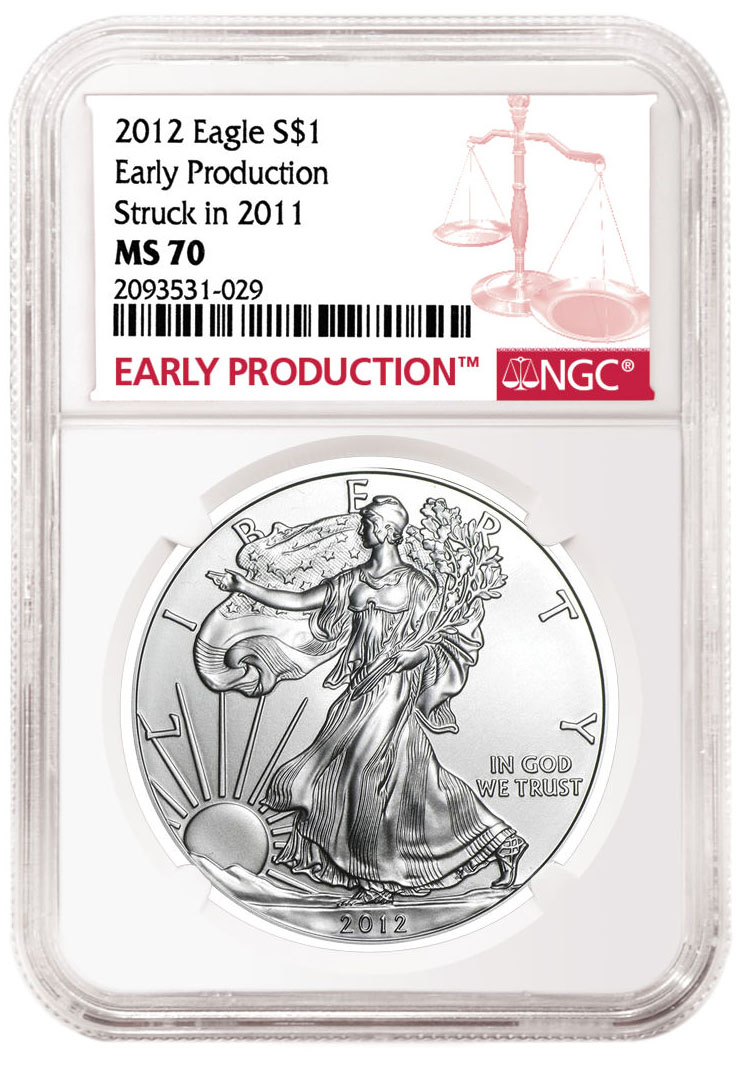 Many customers have asked NGC to recognize early strikes from both current year and “backdated” coins. With the Early Production designation, NGC now showcases the importance and desirability of these early strikes.

In some cases, coins are struck and packaged prior to the coin’s year of issue. For these Early Production coins, NGC may include an additional attribution on the certification label: Struck in [Year], indicating the actual year in which the coin was struck. For example, a sealed box of Mint State 2012-S American Silver Eagles that is dated on or before December 31, 2011 can be attributed as “Early Production, Struck in 2011.”

Bullion (non-mintmarked) 1986 American Silver and Gold Eagles will have a different cutoff date for Early Production due to the unique circumstances of their release.

The Early Production designation is available for bulk submissions of eligible sealed US Mint boxes of bullion coins by special request for an additional fee. For more information about bulk submissions and the Early Production designation, contact Miles Standish at Miles@NGCcoin.com or 949-922-0515, or Scott Heller at Sheller@NGCcoin.com or 941-360-3990.

NGC, NCS, PMG, CGC, CCS, ASG, CAG and CCG are the registered trademarks or unregistered trademarks of Numismatic Guaranty Corporation of America, and/or its related companies in the United States and/or other countries. All other names and marks referenced in this release are the trade names, trademarks, or service marks

up date your silver eagles, to for behind in prices on the ms grades and proofs gradeing from 1986 to2021 thank you!!