Ryder was the 34th and 39th Director of the US Mint and brought many exciting modern coins to the marketplace, greatly enhancing the tradition of US numismatics with his leadership. 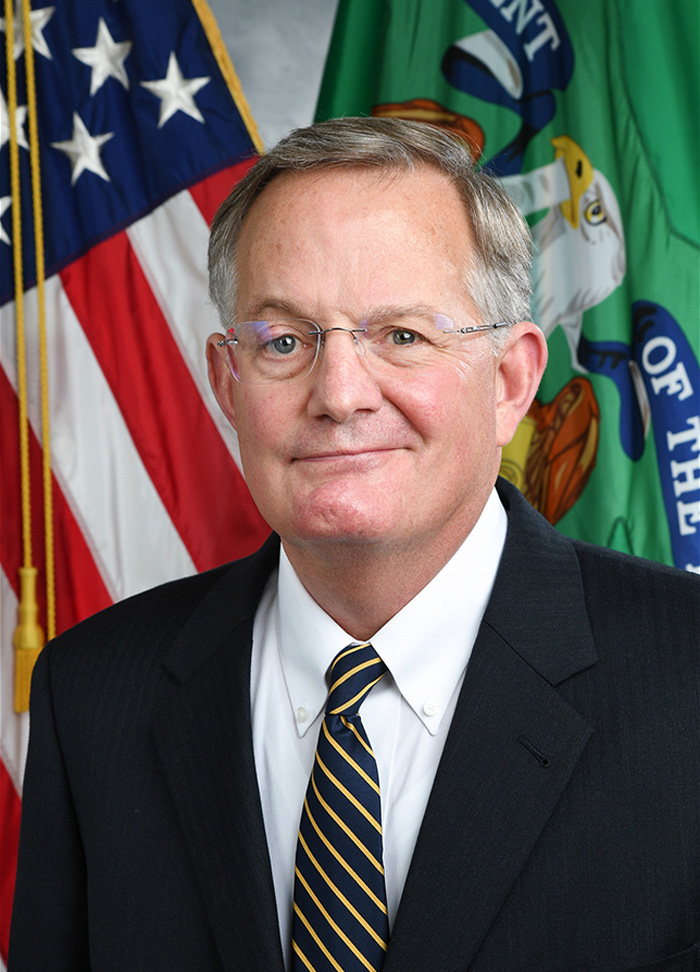 SARASOTA, Fla. (November 10, 2021) — David J. Ryder, who was the 34th and 39th Director of the US Mint, has agreed to exclusively hand sign certification labels for Numismatic Guaranty Company™ (NGC®). Named one of Coin World’s Most Influential People (1960-2020), Ryder brought many exciting modern coins to the marketplace, greatly enhancing the tradition of US numismatics with his leadership. 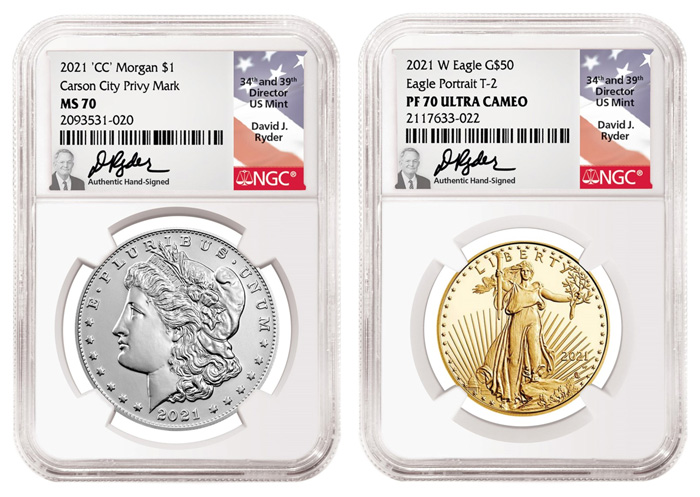 Ryder served as US Mint Director from 1992 to 1993 and again from 2018 to 2021. During his first term, Ryder was involved in several coin programs, including the issuance of silver dollars commemorating the 200th anniversary of when construction started on the White House. Surcharges from the sale of the coins went toward preserving the history of the emblematic American institution.

Shortly after he returned to the US Mint, Ryder oversaw the popular 2019 Apollo 11 Commemorative Coin Program. The program featured the first five-ounce silver commemorative and saw the sale of more than 700,000 coins, making it one of the most successful commemorative coin programs in US Mint history.

The 2020 Basketball Hall of Fame Commemorative Coin Program followed, which included two colorized coins — a first for the US Mint.

Ryder was instrumental in the new designs for the iconic Silver and Gold Eagles, which coincided with the celebration of the coins’ 35th anniversary. He was also actively involved in implementing the 1921 Silver Dollar Anniversary Act, which authorized the mintage of 2021 Morgan and Peace Dollars for their centennial anniversary.

With a focus on the future of numismatics, Ryder helped lead the initiative to pass the groundbreaking Circulating Collectible Coin Redesign Act of 2020. The law is a roadmap for a dramatic new direction for American coins, including quarters celebrating the accomplishments of women (starting in 2022) and sports played by American children (starting in 2027). In 2026, all circulating US coins will be completely redesigned to mark the country’s 250th anniversary, including up to five new quarters. The goal of these programs is to honor a number of contributions to the American story, while bringing continued excitement to an ever-popular hobby.

“It has been a great honor to be involved with the development and debuts of so many important modern coins,” said Ryder. “I am proud that I now have the opportunity to collaborate with NGC to preserve and commemorate our country’s rich numismatic history.”

“NGC Signature Labels highlight esteemed individuals who have contributed to the advancement of numismatics,” said Mark Salzberg, NGC Chairman and Senior Grading Finalizer. “We are thrilled that this remarkable group now includes David Ryder, who has helped chart a bold new course for US coinage.”

Coins certified with the NGC David J. Ryder Signature Labels will be available through select retailers. To learn more about the NGC Authentic Hand-Signed Labels program and its many significant signers, click here .