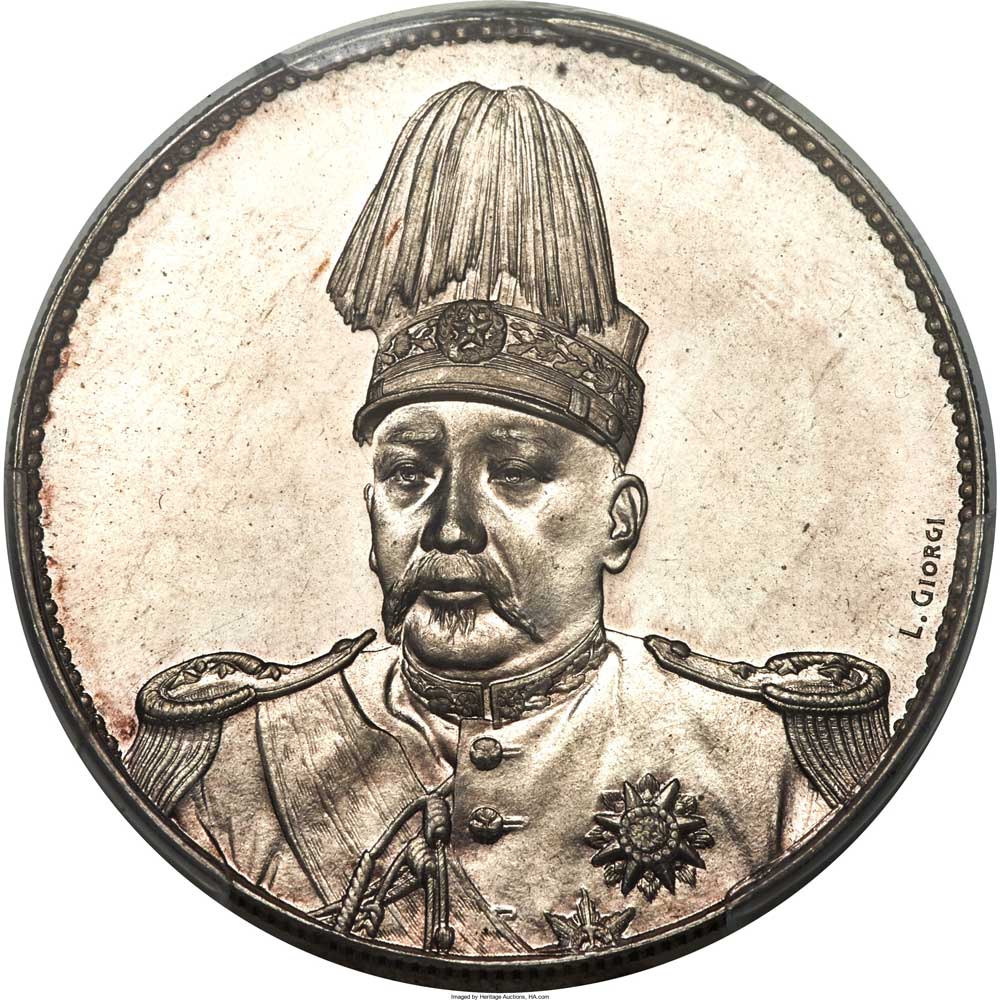 Our Hong Kong office thanks all of our bidders for participating in this exciting auction,” said Cristiano Bierrenbach, Executive Vice President of International Numismatics. “Each lot was pursued by multiple bidders, which tells us we presented an auction selection that met both collector’s needs and wants.”

The Yuan Shih-kai silver “L. Giorgi” Pattern specimen dollar is among the finest ever to come to market. The pristine surface and its exemplary state of technical preservation classified the coin as a masterpiece of Chinese coinage.

Auctioned for $59,750, the 1904 Kuang-hsü “Small Characters” Tael ND MS64 PCGS, offered a near-gem specimen of a coveted issue, which happens to be tied for the finest graded example Heritage has ever offered. A 1910 uniface Hsüan-t’ung silver Proof Pattern Empire Dollar ND (1910) PR64 PCGS, is likely the only coin of its type known to exist, having never been listed as a uniface in all reference books. It sold to a Hong Kong bidder for $50,190.

“The currency offerings were very strong on condition,” said Dustin Johnston, Director of Currency Auctions at Heritage. “We presented great diversity and collectors were responded.”