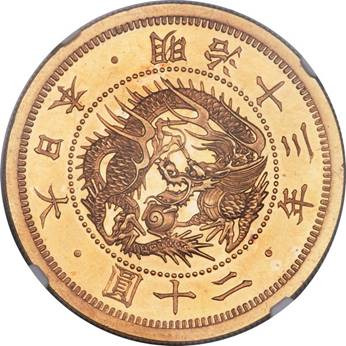 DALLAS, Texas (July 21, 2017) – A group of experimental amber glass cents and experimental plastic and zinc cents from a 1942 effort to replace the U.S. copper cents will cross the block Aug. 4 in Heritage Auctions’ American Numismatic Association (ANA) Convention event. 28 items will be offered, including one of two uncirculated finished products known to exist.

“Following the success of Heritage’s $70,000 sale of a rare glass cent in January of this year, we were delighted to be presented with several high-grade examples inherited from the manager who worked on this unusual experiment,” said Mark Borckardt, Senior Cataloger and Numismatist at Heritage Auctions.

These trial impressions were crucial to the development of the finished product,” Borckardt said.

Depicting design elements, legends, and date all clearly visible  – an Experimental Amber Glass Cent, RB 42-70-X-4, R.7, MS64 NGC – is a high-grade complete trial impression in yellow-amber glass. An interesting array of bubbles and a noticeable group of linear cracks at the upper obverse and others at the lower reverse are indicative of the glass composition prototypes. The entire Glynn Collection may be viewed here.

Outside of The Glynn Collection, Heritage is offering another selection of trial cents includes a 1942 1C Experimental Amber Glass Cent, Judd-2069, RB 42-70, R.7 — Broken — PCGS Genuine. Unc Details. Impact Strength Test. This important piece illustrates the finished product, the 1942 experimental cent as it would look if the glass cents had been chosen to replace the bronze composition during World War II. A previously unknown and unique reverse-image trial cent in plastic has never previously been offered. Two zinc-coated steel cents bearing the experimental design were struck inside the Philadelphia Mint in 1942. Also offered is an extremely unusual impregnated paper cent, one of only four known, made by the Colt Firearm Company.