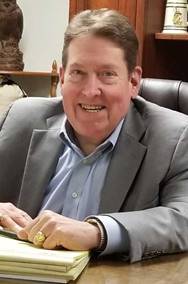 DALLAS, Texas (Nov. 7, 2017) – Continuing a tradition that has spanned more than two decades, Heritage Auctions has awarded a $10,000 auction credit to client David Spivey through a drawing among those collectors who took part in the firm’s annual numismatic survey.

The North Carolina resident’s interest in collecting started out the way it does for many, when childhood curiosity led to his first transaction.

“I was in second grade, I think, and every Monday you had to get a lunch meal card for the week,” Spivey said. “One day, the kid standing in front of me had a coin I had never seen before—he had a Standing Liberty quarter. I had never seen anything like it. So we exchanged coins, and that was the last of my change, so I skipped my meal card … which made my mother pretty upset.

“The coin had no date, so I started looking at books and was able to determine that it was a Type I with an ‘S’ mark—it was a 1917 S. I showed my father what I learned, and it fascinated him, and collecting became something we did together forever. We went to all the shows together—I think our first ANA show was in the early ’70s. I didn’t have any money, and he was limited because he provided the income for our whole family, but it’s something we always really enjoyed doing together. Before Heritage even existed, he went through Dallas on a business trip and bought from Steve Ivy, who was running a coin shop by himself then.”

Spivey still has that first Standing Liberty quarter that sparked his interest in collecting. Because of years of collecting that originated with a simple transaction between friends, he called the coin “priceless,” at least in terms of sentimental value. After his father retired and Spivey got through law school, his collecting increased, in large part through his association with Heritage Auctions.

From the beginning, I have been a Heritage customer,” Spivey said. “I love collecting for the sake of collecting. I never have bought anything for the purpose of making money. To me, it always has been pure collecting.”

Spivey said he is not yet sure how he will spend his auction credit—one possibly would be to add to a set of dollars from around the start of the 1800s.

“I’m a frequent participant in Heritage auctions,” Spivey said. “I really enjoy collecting with Heritage—I have nothing but good things to say about them. It has been a great experience ever since I started with them.”

Heritage Auction’s next U.S. Coin auction is scheduled for Dec. 7-10 in Dallas and the next World & Ancient Coins auction is set for Dec. 7-8 in Hong Kong.