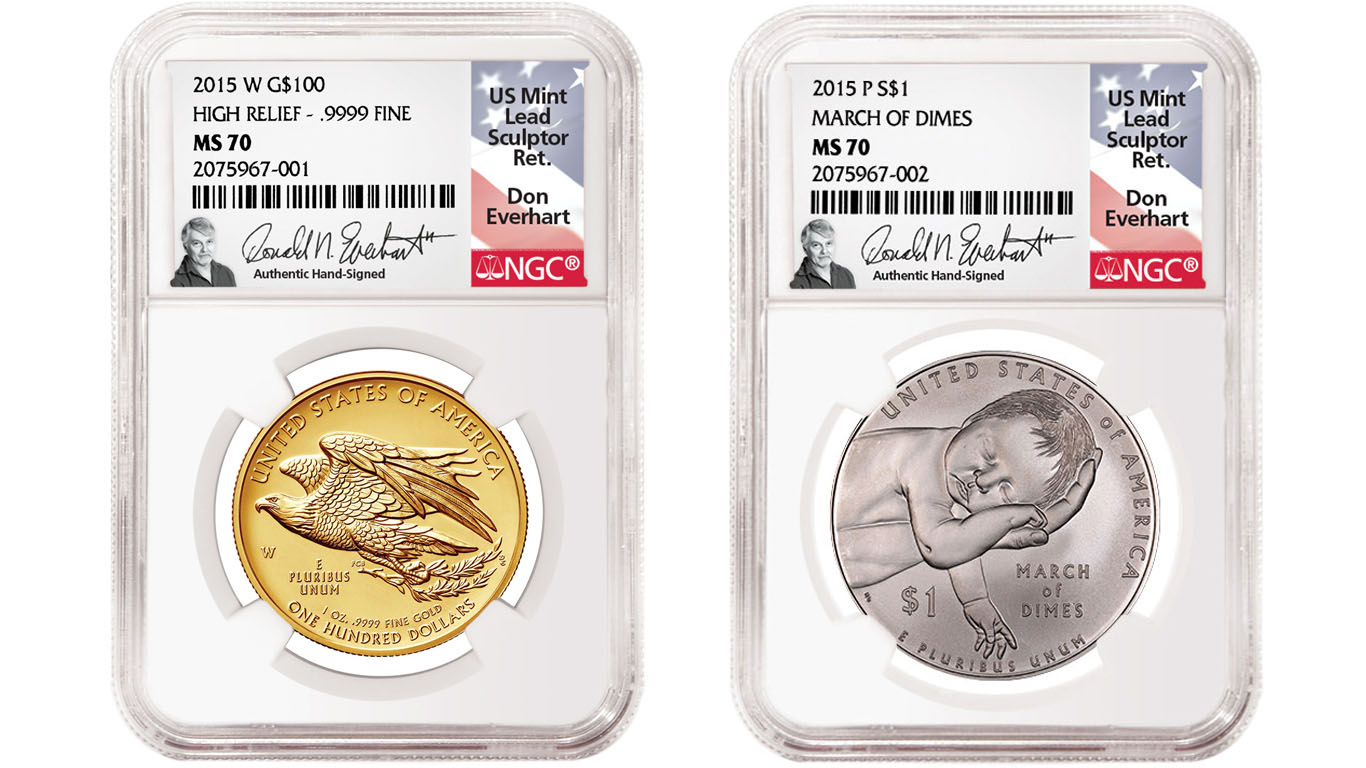 SARASOTA, FLA. (November 30, 2017) — Numismatic Guaranty Corporation® (NGC®) has finalized a deal with prolific coin designer, sculptor and engraver Don Everhart to individually autograph NGC certification labels. Everhart was employed by the US Mint from 2004 to July 2017, when he retired as lead sculptor.

Everhart has been involved in the creation of hundreds of coins, including some of the most memorable US Mint issues of the last decade. Among these is the distinctive eagle design that he engraved for the reverse of the 2015-W American Liberty High Relief $100 (the first $100 gold coin ever issued by the United States) and the 2016 American Liberty Silver Medals.

He was also involved in the creation of numerous commemoratives, such as the intricate reverse design of the 2015 March of Dimes Commemorative Silver Dollar, which won a Coin of the Year Award for Most Inspirational Coin. He also sculpted the obverse and designed and sculpted the reverse of the 2014 Baseball Hall of Fame commemorative coins, the first concave coins produced by the US Mint.

In addition, he designed the reverse of the 2007-2016 US Presidential $1 Series (which features a spectacular rendering of the Statue of Liberty) as well as 14 of the 39 obverses, including those of John Quincy Adams, Abraham Lincoln and John F. Kennedy.

The addition of Don Everhart to the NGC Authentic Hand-Signed Labels program adds the last—and most prolific—official sculptor-engraver of the US Mint,” said Miles Standish, NGC Vice President. “We are honored to work with someone with such outstanding credentials.”