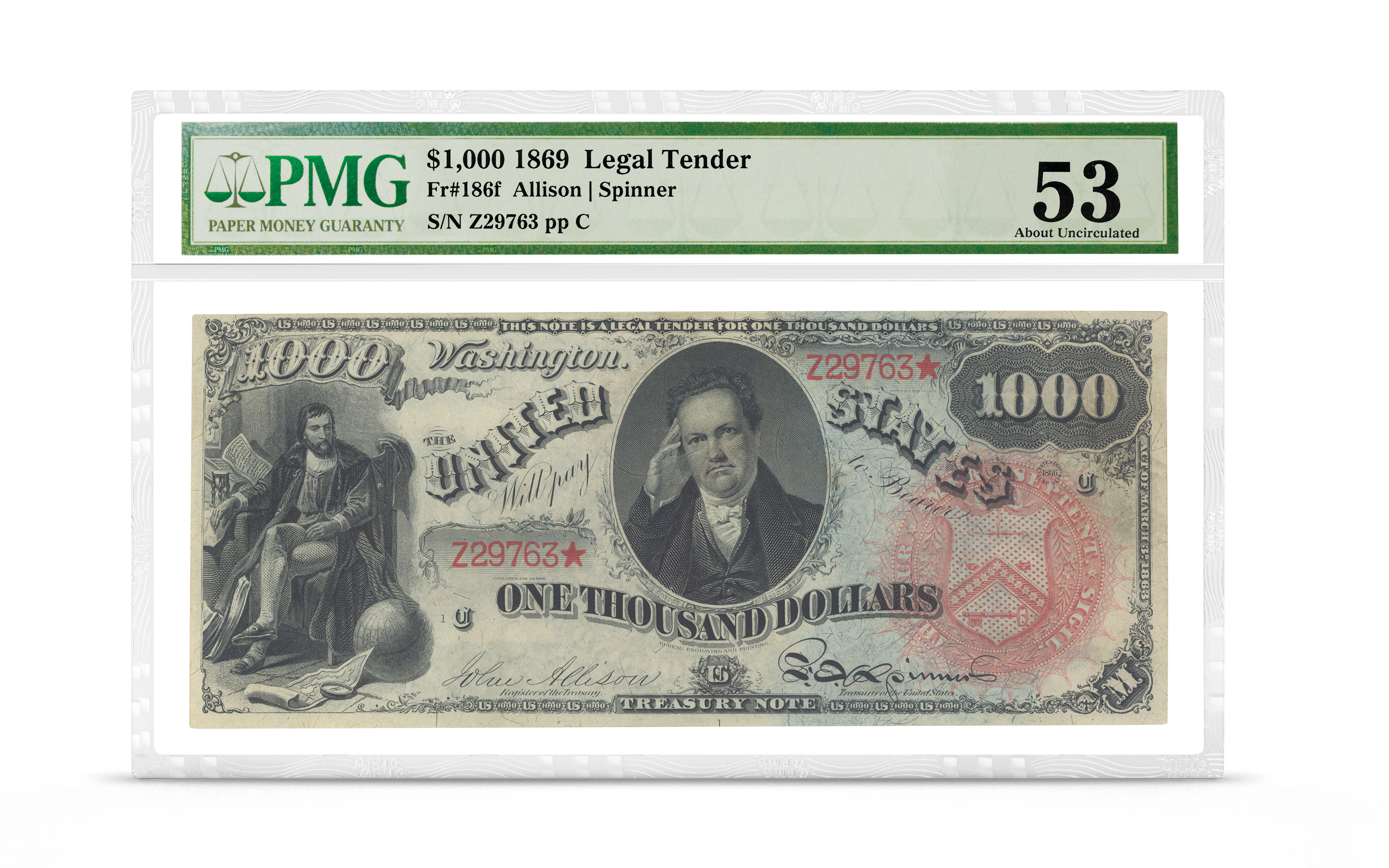 Paper Money Guaranty has now certified 2,000,000 notes, a first for a third-party paper money grading service and more than double the number of notes certified by the next-largest company.

SARASOTA, Fla. (June 20, 2017) – Paper Money Guaranty® (PMG®) has announced that it has now certified 2,000,000 notes, a first for a third-party paper money grading service and more than double the number of notes certified by the next-largest company.

Founded in 2005, PMG quickly became the world’s largest third-party paper money grading service as collectors and dealers soon recognized the accuracy and consistency of its authentication and grading as well as the superior protection of its holder.

A key reason for PMG’s rapid growth in recent years has been the success of its efforts to expand internationally. PMG established Official Submission Centers in seven countries, which has allowed it to bring its expert certification services to these important markets.

Another driver of growth for PMG has been the development of new technology and talent that has brought increased efficiency and capacity to PMG’s operations while it continues to maintain its strict focus on quality. These improvements have led to faster turnaround times, which have been particularly helpful to PMG Authorized Dealers.

We are very honored to be trusted by so many collectors and dealers around the world, says PMG Chairman Mark Salzberg. We sincerely appreciate all of the support and we look forward to continuing to expand and enhance our services in the future.”

Founded in 2005, PMG is the world’s most comprehensive third-party paper money grading and encapsulation service. PMG has established the industry’s highest standards of integrity, and the company’s dedication to consistent and accurate grading has helped PMG become the world’s largest, most trusted note grading service. To learn more, visit PMGnotes.com or call 877-PMG-5570.