It seems proof sets don’t receive much attention these days, and the market for these mint products that have been offered annually with few exceptions since 1936 is in the doldrums these days. So, why discuss proof sets now? 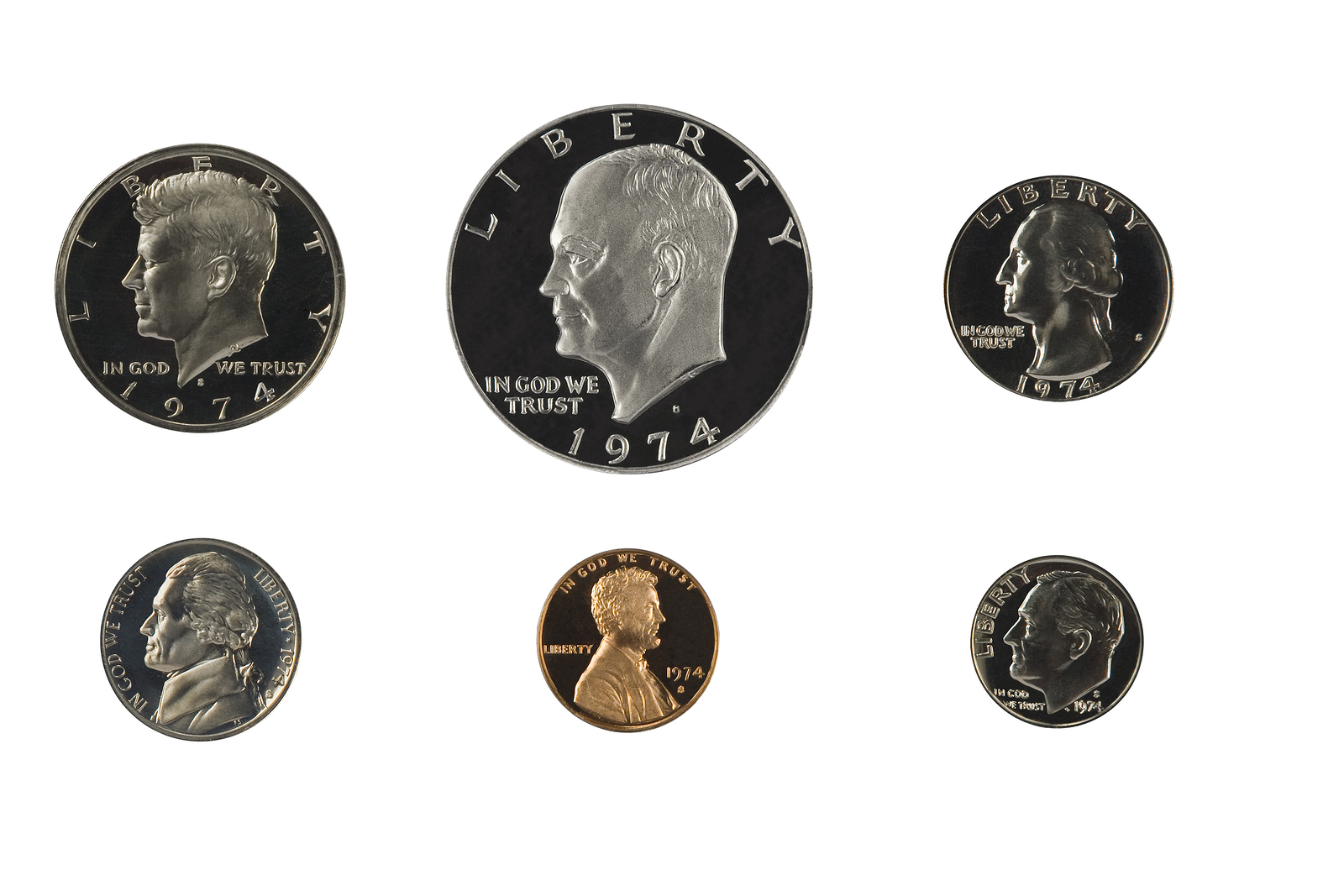 It seems proof sets don’t receive much attention these days, and the market for these mint products that have been offered annually with few exceptions since 1936 is in the doldrums these days. So, why discuss proof sets now? It seems 2018 is a particularly opportune time as this year marks the 50th anniversary of the first San Francisco proof sets, which were released in 1968. To mark the golden anniversary of “S” mint proof sets, the United States Mint unveiled the special San Francisco Mint 2018 Silver Reverse Proof Set, which was offered for sale on July 23, 2018 for $54.95 and has, as of this writing in September 2018, nearly sold out of all 200,000 available units.  Sales figures for the 2018 reverse proof set may look promising, but this doesn’t tell the whole story on where the general market is for proof sets today. Surely, fortunes were different for proof sets in an earlier era, when there wasn’t much else one could buy from the United States Mint but proof sets and uncirculated sets), and when a larger pool of collectors were actively buying these sets in quantity – to store away for the kids and grandkids, to flip to the nearest coin dealer for a profit, or simply to stock away a few extra sets for a proverbial rainy day.

A Brief Look Back At Proof Sets

Proof sets saw their glory days in the 1950s and early 1960s, when the nationwide coin collecting boom hit its zenith. Classic sets became a treasured commodity in the secondary market during the mid 1960s when the US Mint scrapped proof sets in 1965 to focus on remedying massive coin shortage that hit the nation in the early 1960s as silver spot values for the dime, quarter, and half dollar eclipsed the face values of those denominations. The Mint, which was in the process of transitioning the composition of coins denominated higher than a nickel from 90% silver to copper-nickel clad, offered collectors just one numismatic product from 1965 through 1967: Special Mint Sets. They contain five proof-like coins, cent through half dollar. In 1965 these sets were issued with a plastic mint token and housed in a pliable cellophane package. In 1966 and 1967 Special Mint Sets were issued in a rigid plastic case somewhat resembling a five-portal Whitman Snaplock holder.

The United States Mint resumed production of regular proof sets in 1968 to generally positive public response, even in light of the fact that the issue price of the annual sets had increased from $2.40 in 1964 to $5. Some collectors balked they weren’t getting their money’s worth – four years earlier, $2.40 bought proof sets containing three 90% silver coins, whereas only a few years later proof sets were more than double the cost and contained four base-metal coins and the single 40% silver half dollar – a denomination that soon transitioned from silver to copper-nickel clad beginning in 1971. Perhaps one positive difference collectors noted about the new, more expensive proof sets was their packaging, which became a rigid plastic display case beginning in 1968.

All things considered, those first proof sets were a successful offering. The U.S. Mint distributed 3,041,506 proof sets in 1968, a figure rivaling the demand for the 90% silver proof sets of the early 1960s, when annual proof set production hovered between 3 million and nearly 4 million.

Over the next dozen or so years, proof sets remained highly popular with collectors, with distribution figures exceeding 3 million for the proof sets during most years of the 1970s. Proof set sales records were reached in 1981, when 4,063,083 units were sold. Numismatists will note the 1776-1976 3-piece 40% silver set saw higher sales numbers (4,908,319), but the bicentennial proof sets containing the silver clad quarter, half dollar, and dollar were also offered for a decade, through 1986.

What’s Worth Looking For Among Proof Sets?

Proof sets made from 1936 through 1955 were issued in cardboard boxes and small cellophane envelopes for each individual coin, and these sets still in their original government packaging are quite scarce today. Most proof sets from this period are encountered in aftermarket packaging – frequently sandwich-style plastic holders manufactured by Capital Plastics. In contrast to the earlier proof sets of the “modern” (1936-present) era, finding fresh proof sets made since 1955 in original government cellophane is not especially difficult.

Proof sets issued from 1961 through 1964 are the most common of the pre-1965 proof sets and often trade for minimal premiums over silver spot value. Some noteworthy varieties to be found among these proof sets are the 1960 doubled die obverse Roosevelt dime, 1963 doubled die reverse dime, 1964 doubled die reverse dime, and 1961 doubled die Franklin half dollar. The three doubled die Roosevelt dimes are worth between $100 and $200 apiece in mid-range proof grades, while the 1961 proof doubled die half dollar commands $2,200 or more. Deep cameo proofs from this period are also prized, often fetching prices many times those of standard proof coins.
The period spanning 1968 through 1981 was particularly colorful for proof sets. During that time came along several interesting proof-only varieties, including the rare 1968 no-S Roosevelt dime, 1971 no-S Jefferson nickel, 1971-S doubled die Lincoln cent, 1975 no-S Roosevelt dime, and 1979-S and 1981-S Type I and Type II proof coins. During that same time, the method of manufacturing proof coinage improved to the point that, by the late 1970s, virtually all proof coins boasted deep-mirrored fields and blast-white cameo devices – something relatively rare on earlier proof coins.
A slew of commemorative coin programs from 1982 to the present day have somewhat diluted demand for proof sets in recent years. There have also been fewer notable varieties for dealers and collectors to look for among these more recent sets, with perhaps the lone exceptions of the scarce 1983 no-S Roosevelt dime and 1990 no-S Lincoln proof cent varieties, which now trade for upward of $450 and $3,000, respectively, in PR68DCAM.
The 50 State Quarters program issued from 1999 through 2008 was instrumental in keeping sales figures for the regular annual proof sets above the 2-million mark during the first several years of the 21st century, but distribution totals for the traditional annual product offerings have fallen sharply since the early 2000s. Distribution totals for the standard proof set have not exceeded 1 million since 2011. Perhaps it doesn’t help that there are today several types of proof sets available during any single given year, including 90% silver proof sets and proof sets containing only quarters or other specific coin combinations, siphoning away collector interest (and money) from the standard proof sets containing base-metal numismatic examples of circulating issues. According to the latest figures from the US Mint, only 561,524 regular 2017 S-mint proof sets were distributed, or about 14,000 sets fewer than the 2016-S proof set, which had a mintage of 575,183 and more than 100,000 lower than the 2015-S proof set, which sold 662,934 units.

Market strategists often dole out the common wisdom,“buy low, sell high.” Certainly, prices for proof sets across the board are lower now than they have been in decades. But is this a “buy low” opportunity? If so, what should these buyers set their sights on? Why has the market for proof sets slipped? Could anything bring proof sets back into the fore?
Harry Miller, owner-operator of Miller’s Mint LTD in Patchogue, New York, answers these questions with candid insight. While he may not be thrilled about there the market stands today for proof sets, unlike some who patently write off these mint products as being dead in the water, Miller says there is some sparkle left in the proof set arena, and he even sheds light on at least one way these once-popular products could become hot items again.
“The proof set market is the way it’s been now for at least the last five or six years – pretty weak and with relatively little collector demand,” Miller says. “Most seasoned collectors don’t buy proof sets, or if they do they’ll buy one from each year or certain specific years. But they don’t buy in bulk anymore like they used to, stocking up for the kids or grandkids. Millennials aren’t really interested in collecting anything, including coins.”
Still, there are many collectors who buy proof sets in the pursuit of unclaimed varieties, super-grade (PF69 or better) pieces, or other rarities. Indeed, cherrypicking opportunities are still ripe for astute collectors and dealers who comb through proof sets from places where the previous owners may not have checked for such lucrative finds. “Many estate owners are not sophisticated with numismatics and therefore don’t think to look for errors, varieties, and other things. You can still find missing mintmarks and even Type II varieties with the 1979 and 1981 proof sets,” he said. “Ironically, I just bought five 1979 proof sets from another dealer and found Type IIs there. So, it’s certainly still possible to make some great finds with proof sets if you know what to look for.”
Are proof sets even worth dealing in anymore? Miller thinks so. “There’s demand for them as promotional items – collectors who buy proof sets that are tied into an historical event,” for example, 1976 proof sets that contain coins honoring the nation’s bicentennial. “Most of these sales happen through mass marketers, like Littleton Coin Company or The Postal Society.” He notes many of their customers are older individuals who buy proof sets to avoid boredom or to stock up for younger family members who they believe may someday want the coins. “There’s also a mindset among some that collecting coins means buying new products, like proof sets, from the United States Mint every year. I don’t personally believe that,” he admits, “but that is how many coin collectors approach the hobby.”
Part of the reason why the proof set market sees less activity today? “The United States Mint has allowed the market to become saturated with other products,” he asserts. Not that the expansion of US Mint offerings is necessarily a bad thing. Miller notes the 50 State Quarters program helped bring many new collectors to the market and propagated proof set sales for years. “For now, there’s not much demand for proof sets. But if there’s ever another coin boom then prices will move up as demand increases.”