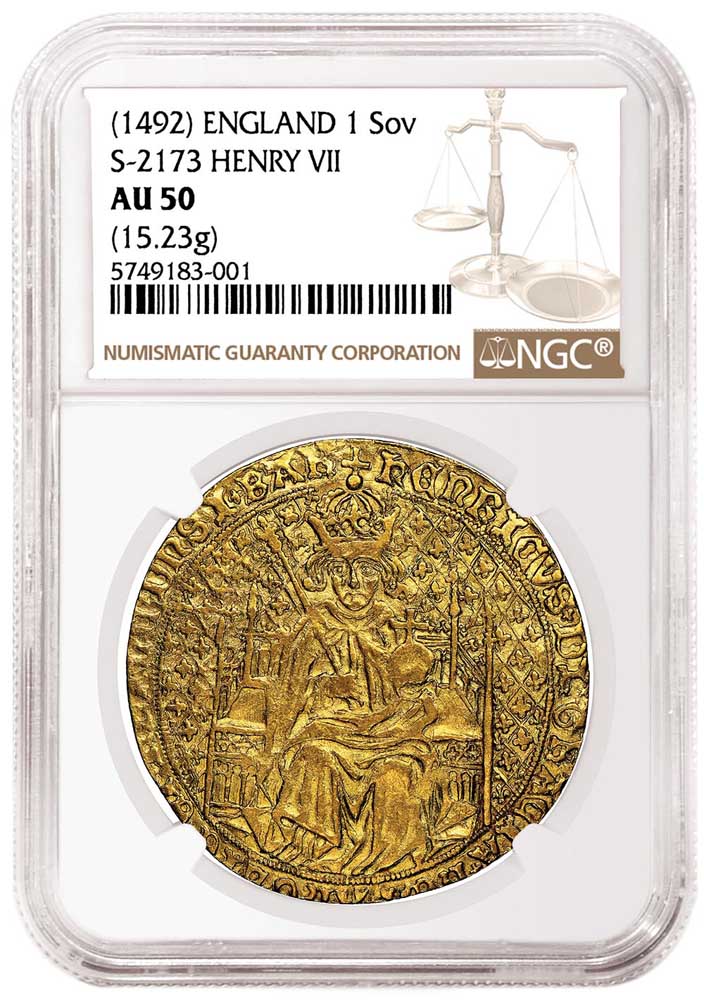 SARASOTA, Fla. (February 10, 2021) — An extremely rare Type 2 Henry VII Sovereign hand-struck in gold more than 500 years ago and now certified by Numismatic Guaranty Corporation® (NGC®) is being offered by the Royal Mint on March 4, 2021, in an exclusive online auction. Bidding opens at £950,000 (about $1.3 million USD) for this historic coin, which represents the beginning of the Tudor dynasty and a legacy that would establish England as a major world power.

After acquiring the coin, the Royal Mint — its original maker — submitted it to NGC for certification in anticipation of its sale. Well-known for producing new coins, the Royal Mint recently expanded into the sale of rare and historic coins and, as an NGC Strategic Partner, has already submitted several exciting rarities to NGC for authentication, grading and encapsulation in the state-of-the-art NGC holder, which provides superior display and protection. 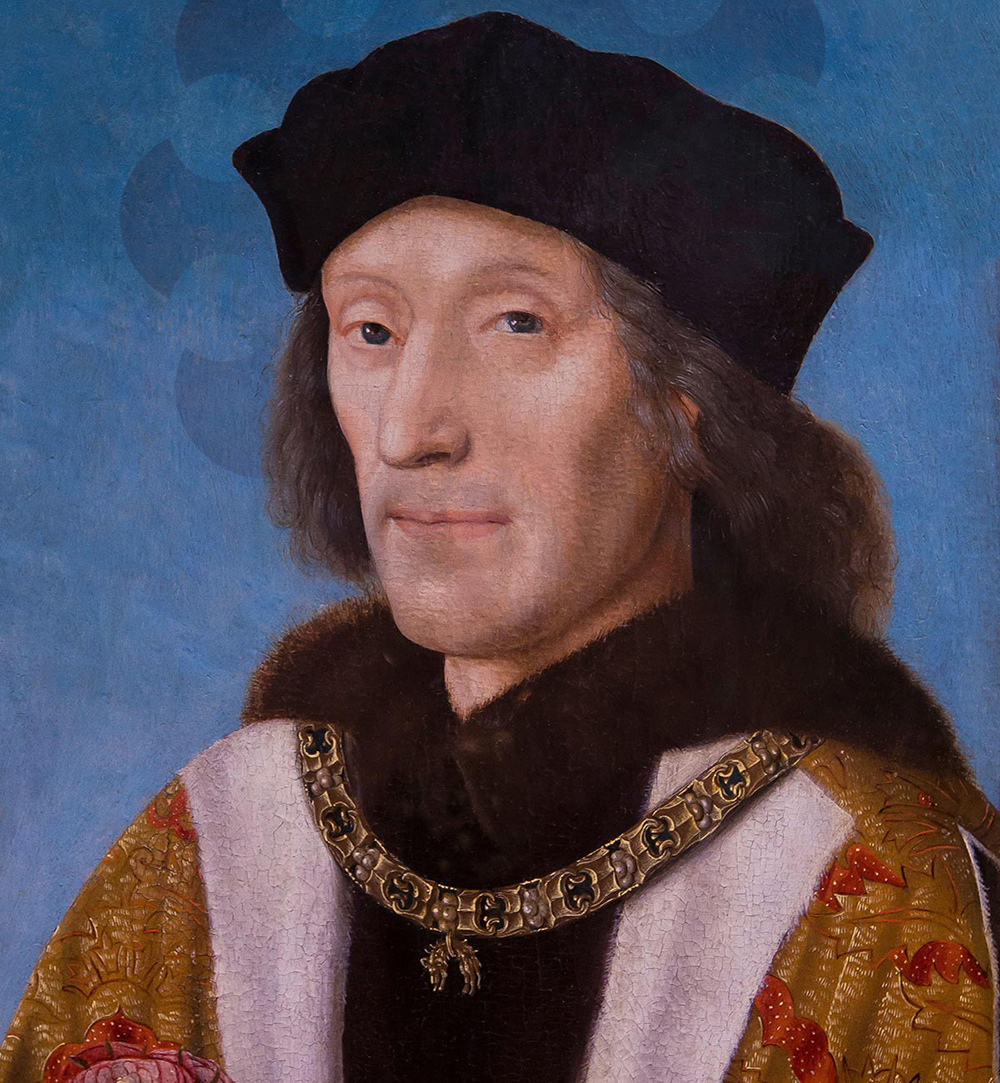 Henry Tudor became King Henry VII of England in 1485 when he defeated Richard III in the final stages of the Wars of the Roses. In 1489, he commissioned this gold Sovereign to assert his authority through its splendid design and impressive weight and size.

The obverse depicts Henry VII seated on a wooden throne, in robes, and holding an orb and scepter. The reverse features the quartered shield of England upon a Tudor rose. At approximately 40mm (about 1.57 inches) across in diameter, with a weight of 15.23 grams, the coin is the largest hammered gold coin of the Tudor period. 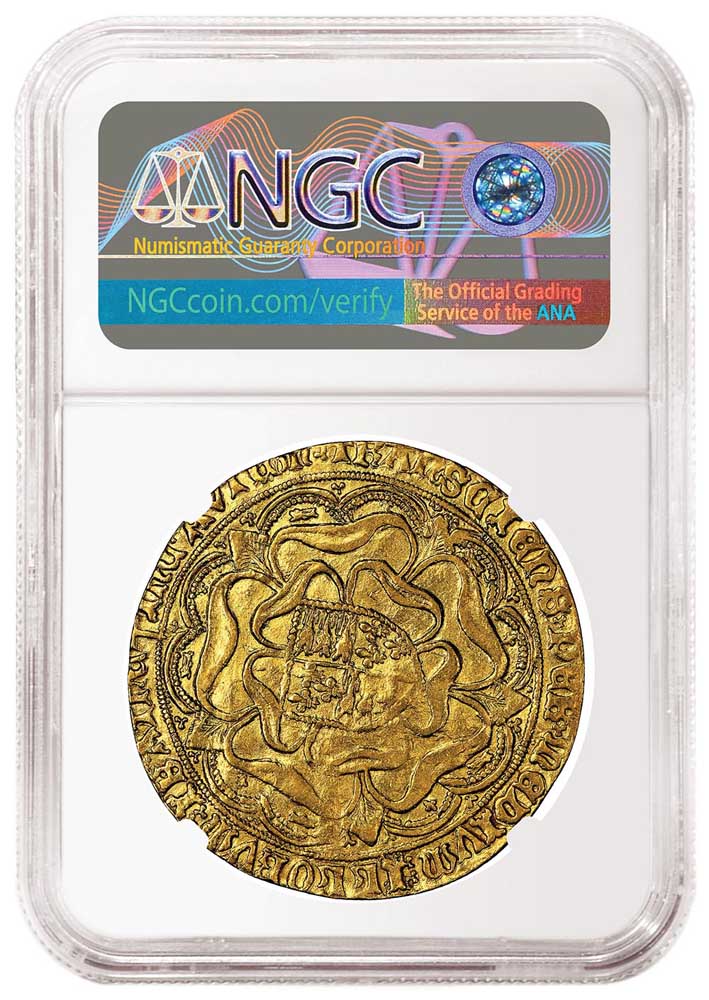 The reverse side of the Henry VII Sovereign certified by NGC on offer by the Royal Mint March 4, 2021

Determined to cement his family’s position and create the foundation for its future success, Henry VII devoted his reign to consolidating his power and raising money — through taxes and trade deals — to refill England’s depleted coffers. By the time his son, the infamous Henry VIII, took the throne, the stage was set for his children and grandchildren to not only strengthen England’s position in Europe but to expand the empire around the globe, which they did over the course of more than a century in power.

Today, this coin from the first years of the Tudor dynasty is the earliest gold Sovereign that a collector can own, with only two examples in private hands. Its chain of ownership can be traced back to the Victorian era through six named collectors. One notable owner of the coin was J.P. Morgan, the world-renowned banker, who owned it until his death in 1913.

“We are delighted to be offering such a rare coin, which traces its history to the first Tudor king and the Royal Mint’s original location at the Tower of London,” commented Rebecca Morgan, Divisional Director of Collector Services at the Royal Mint. “Because the survival rate of these gold coins is miniscule, NGC’s expert determination of this example’s authenticity and condition is added assurance to bidders that they are competing for a superlative Tudor artifact.”

“The historical significance of this coin cannot be overstated,” said Ben Wengel, NGC Senior Grading Finalizer of World Coins. “It is distinctly representative of its time, its place and its purpose, creating a tangible link to one of England’s most famous and transformative eras. NGC is honored to have certified it in preparation of it having a lucky new owner.”

The Royal Mint’s online auction for the Henry VII Sovereign will take place on March 4, 2021. It is the first in a series of online auctions that will be held by the Royal Mint, and there is no buyer’s premium. To take part in the auction as a bidder or an observer, visit royalmint.com/auction . Registration ends on March 1, 2021, at midnight.