Künker’s Spring Auction Sales will be divided into two parts. There are so many important private collections on offer that one week simply isn’t enough. The Salton and Köhlmoos Collections as well as a special collection with Welf coinage dominate the first week.

Seven extensive auction catalogs with world-class special collections: that’s just too much for a normal auction week. Therefore, Künker takes a new approach in 2022. The Spring Auction Sales will be divided into two parts. Part 1 will be held from 21 to 25 March 2022. The sale offers an important special collection containing issues of the various lines of the Brunswick principalities under the title “The Minted Splendor of the Welfs”, the second part of the Lottie and Mark Salton Collection as well as the second part of the Annemarie and Gerd Köhlmoos Collection. Added to this, there is the usual varied offer of medieval and modern coins. It includes the Dr Albrecht Ullrich Collection with Gothic gold coins of excellent quality, not to forget substantial special collections of Oldenburg and Mecklenburg coinage.

Catalog 361: The Minted Splendor of the Welfs – An Important Special Collection

This impressive collection with coins and medals from the House of Welf comprising 791 lots covers the time frame from Henry the Lion (1142-1195) to George V (1851-1866). Numerous rare pieces of the finest quality as well as great rarities are on offer. We will limit this preview to a few extraordinary pieces. But don’t be misled! Estimates start already in the two-digit euro range.

A great rarity – there is no other term to describe the tenfold ducat from 1615 minted by Frederick Ulrich of Brunswick-Wolfenbüttel. The coin stems from the Bonin Collection and is so rare that it is listed as unique in the Friedberg catalog.

The fact that committed coin collectors have already been around in the 17th century is illustrated by a restrike of an iconic coin by Christian of Brunswick-Wolfenbüttel from the period around 1690. The daring mercenary leader of the Protestants in the Thirty Years’ War demonstratively transferred his motto “God’s friend, the priest's enemy” onto this coin. In the era of the early Enlightenment, his message was of course particularly well received by the coin-collecting educated class, which is why his issues became sought-after collectibles. And the Brunswick mint masters were glad to satisfy the demand.

In 1712, a double ducat by Anton Ulrich of Brunswick-Wolfenbüttel was made from the gold of the Lower Harz, as can be read on the coin. However, a gold medal issued by this prince in 1708 – to celebrate his 75th birthday – is even more impressive. It demonstrates his enthusiasm for ancient numismatics. In addition to the fact that the depiction was executed in the antique style, the legend refers to the ruler as “Optimus Princeps”, a title that we are familiar with from Trajan’s coinage.

Anton Ulrich died in 1714 at the advanced age of 80. He was succeeded by his son August Wilhelm – the collection contains a tenfold ducat of this ruler that is both a great rarity and of excellent quality.

The collection includes an abundance of multiple gold coins. Ferdinand Albert I of Brunswick-Bevern, for example, had an extremely rare double ducat minted in 1678 that is part of the collection, just as a tenfold ducat from 1670 from Clausthal that was commissioned by John Frederick of Brunswick-Calenberg-Hanover.

Let us conclude this series of treasures with the English Kings from the House of Hanover, who, of course, also had impressive coins and medals minted in their home land. These issues include a splendid gold medal of 25 ducats from 1701 that depicts the Great Fountain of Herrenhausen Palace on the reverse. What is remarkable about this coin is the year mentioned on it: 1701 – the fountain did not work yet at that time. Due to great technical difficulties, which could not even be overcome by the famous mathematician Leibniz, the fountain did not go into operation until 1720. 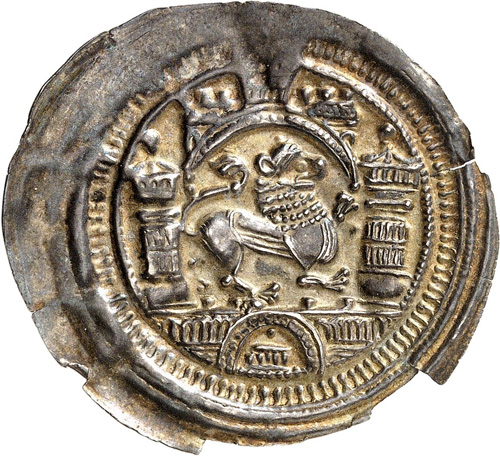 No. 615: Brunswick-Calenberg-Hanover. George I Louis, 1698-1714. Gold medal of 50 ducats 1708 commemorating his becoming a member of the Electoral College, by E. Hannibal. Probably the 2nd known specimen. Extremely fine. Estimate: 25,000 euros

The collection offered on the second auction day – on 22 March 2022 – contains world-class issues. It is so extensive that it is sold in six separate parts; moreover, there is the impressive Salton Library, which has been sold last year by Kolbe & Fanning in cooperation with Künker. Nevertheless, this preview will not focus on the coins but on the fate of this collection. For this is even more remarkable than all the rarities and showpieces with provenances that can be traced far back and estimates in the tree- to six-digit euro range.

Lottie and Mark Salton, who built this monumental collection, were from Germany. They were among the many Jews who lost relatives to the Shoah, and only escaped their persecutors at great risk and unbearable hardship. Mark Salton in particular – who was once called Max Schlessinger – has a special place in the collective memory of all numismatists. His father was Felix Schlessinger, a nephew of Leo Hamburger the Younger. Leo Hamburger brought Felix Schlessinger into his company because he had lost his son and heir in a tragic suicide. And this takes us right into the middle of the history of Germany’s most important coin dealership prior to the First World War. The auction sales of L. & L. Hamburger and Felix Schlessinger are cited in the provenance information of a myriad of great rarities in museums and private collections.

Due to National Socialism, the Schlessingers were faced with the choice of losing their livelihood and risking their lives or emigrating to Amsterdam. At great emotional and financial sacrifice, they chose emigration. But the Netherlands became a death trap. The German invasion forced Max Schlessinger to go underground whereas the German administration of the Netherlands had his father Felix and his mother Hedwig first deported to the Westerbork concentration camp, then to Theresienstadt and finally to Auschwitz. Felix and Hedwig Schlessinger were murdered in the gas chambers. Max managed to escape through France and Spain. After the war, he found a new home in the United States of America and met the love of his life: Lottie Aronstein, who had also fled to the United States at the risk of death.

It is deeply touching to see that – despite the terror they experienced – both wanted to send a message of reconciliation after their death: in their wills, Mark and Lottie Salton directed that their extensive collection should be auctioned off in the United States AND in Germany for the benefit of three non-profit organizations that commemorate the horrors of the Holocaust in order to fight against discrimination and defamation of Jews. The Künker auction house and Stack’s Bowers Galleries are proud to have been entrusted with this task.

On the occasion of the sale, Künker has published a brochure that tells the history of the Hamburger, Schlessinger and Aronstein families based on research carried out by Ursula Kampmann. Thanks to written memoirs of members of the families, we get vivid insights into the past of the three families – from the beginnings in the Hanau ghetto to the new life in the United States. The brochure can be read online at https://www.kuenker.de/data/kataloge/Kuenker_Broschuere_Salton-Collection_en.pdf. 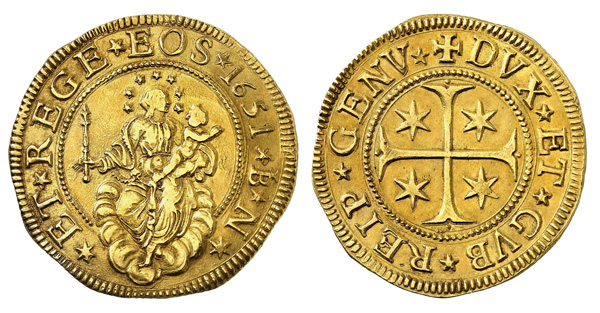 On 23 and 24 March 2022, Künker’s auction sale 363 will take place. It contains world coins and medals with estimates starting in the three-digit euro range, although – of course – there are great treasures to be found here too.

Auction 363 also offers some impressive collections including the Dr Albrecht Ullrich Collection with Gothic gold coins – especially from France, Flanders, Brabant, Hainaut and England. Furthermore, special collectors will find an extensive offer of Russian gold and silver coins of about one hundred lots.

The major part of the material is from the German States. Experts will spot exciting individual pieces as well as extensive collections of Brunswick lösers and coins from Mecklenburg and Oldenburg.

A broad selection of German coins after 1871 including many rarities rounds off auction 363. 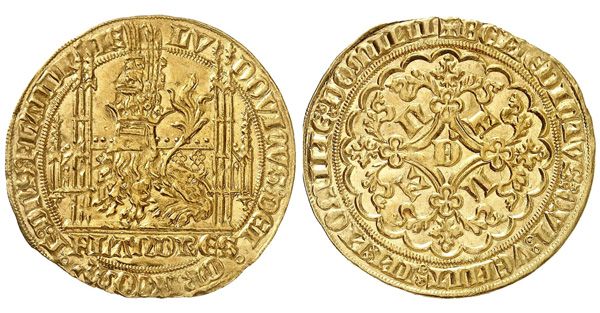 Auction 364: From the Taler to the Mark – German Coins after 1800 from the Annemarie and Gerd Köhlmoos Collection

On 26 January 2022 the first part of the second Köhlmoos Collection was sold and achieved an incredibly impressive result. The hammer price was 40% more than the estimate and amounted to more than 2.8 million euros. This was mainly due to the fact that “from the Köhlmoos Collection” has already been synonymous with perfect quality among coin collectors since the first Köhlmoos Collection was auctioned off in 2001. Coins “from the Köhlmoos Collection” are of the best quality there is for a specific coin type. Frequently, the coins come with the additional bonus of a fine toning. This also holds true for the coins of auction 364, which will be held on 25 March 2022. This time, the topic is German coins after 1800. They document the monetary history of the evolving federal state up to and including the introduction of the Deutsche Mark.

The Köhlmoos couple focused on silver and base metals. They collected both taler-size coins and fractional pieces. However, commemorative coins – which could already be found in relatively large quantities in circulation in the 19th century – are missing, except for a few coin types. Therefore, the Köhlmoos Collection Part 2 is like a family album of the Deutsche Mark: it shows the various ancestors that were necessary to get to a common currency. 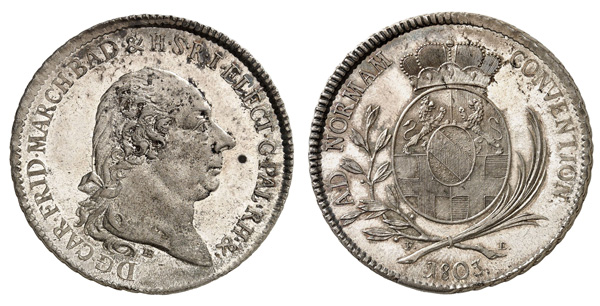 From 4 to 6 April 2022, three Künker auction sales will take place offering ancient coins of the finest quality. Special highlights are the Dr Guy Sylvain Paul Bastin Collection with Greek coins of exquisite quality, the Christian Flesche Collection with Celtic coins as well as late Roman gold coins from the Dr Albrecht Ullrich Collection and Roman coins – mainly sesterces of exceptional quality – from the collection of a connoisseur. A separate auction preview will be published for these three auctions. 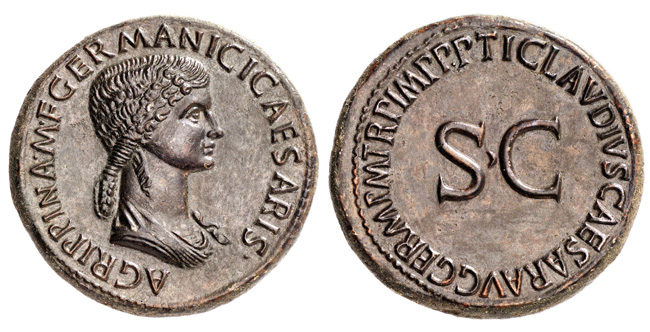