Miller, who is also a numismatic expert, will join President Greg Rohan as one of the executives responsible for overseeing the New York office for the world’s largest numismatic auctioneer. 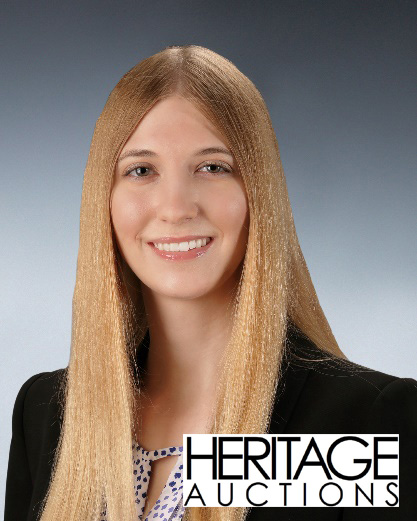 Miller, who is also a numismatic expert, will join President Greg Rohan as one of the executives responsible for overseeing the New York office for the world’s largest numismatic auctioneer.

“Having worked closely with Sarah since she first started at Heritage eight years ago, it has given me great pleasure to see her grow professionally, and to now share oversight with me of our newly expanded flagship New York offices, saleroom and gallery,” Rohan said.

“Sarah has been an important part of Heritage Auctions since her arrival, and is richly deserving of her promotion and expanding role,” Rohan said. “Her expertise has played a significant role in Heritage’s growth in numismatics and collectibles, and we will benefit from her leadership in our new New York office.”

Heritage is expanding its footprint in New York with its new corner office at Park Avenue and 56th Street, which will include extensive gallery windows as well as exhibition space for auctions, previews and other events.

“I am grateful for the endorsement from the executive team, and I am looking forward to taking on an increased role in our New York office,” Miller said. “Heritage is currently enjoying a significant surge of success and growth. Taking on a leadership role is a challenge and privilege that only increases my excitement about what lies ahead for Heritage Auctions.”

Miller’s passion for coins began when she attended her first coin show at age 11. She has appeared as a numismatic expert on CNN and is a member of the ANA, ANS and the New York Numismatic Club. She also is a licensed auctioneer in New York City, Texas and Florida.