Skinner Auctioneers will host an auction of Coins and Currency with online bidding open from September 14-21, 2021. 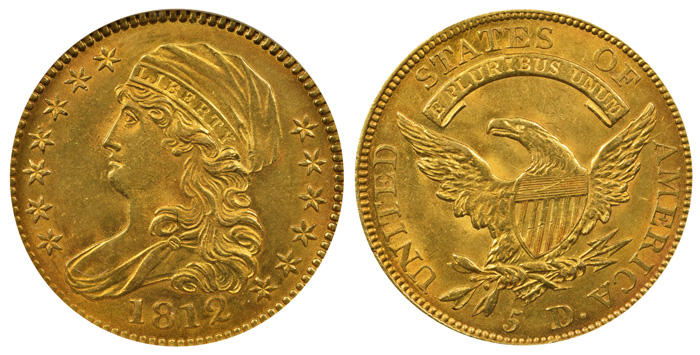 MARLBOROUGH, MA – Skinner Auctioneers will host an auction of Coins and Currency with online bidding open from September 14-21, 2021. The sale will feature a diverse selection of American, foreign and ancient coins, with the majority of the sale representing U.S. coins from the 19th and early 20th centuries, particularly early denomination gold. The sale is notable for its representation of type coinage as well as a range of domestic coins from rare mints, including Carson City, Charlotte and New Orleans.

The centerpiece of the sale is an 1812 $5 “Capped Bust” half-eagle, estimated at $18,000-$20,000, and minted just in advance of the War of 1812. Given that much of the early 19th-century gold has been melted and many coins were shipped overseas during this period, this coin is considered extremely rare. Its authenticity was certified by a third party in the 1980s and it has stayed in protective plating since then.

Also represented is a 1905 U.S. Liberty Head Quarter Eagle proof, estimated at $12,000-$14,000. This limited-series coin is in choice condition, and only 144 proofs of this version were originally struck. The remaining U.S. coins represented in this auction range from 1798 to 2011, with the exception of a1652 Pine Tree shilling — estimated at $800- $1,200— the first coin minted in the United States during colonial times. Because only the king had the power to issue coins, the colonies were held hostage to very low circulation of hard currency during the early years, with all trade dependent on England. Massachusetts took advantage of a crisis of succession in 1652 – after Charles I was beheaded and before King James had been crowned – to begin minting currency for domestic circulation, an act of rebellion. This coin remains a powerful symbol of early American independence and audacity. The sale will also highlight coins from Rome, Greece and ancient India. The most famous of these coins is the Athenian Owl tetradrachm, estimated at $600-$800, which remains among the most recognizable coins of the ancient world. 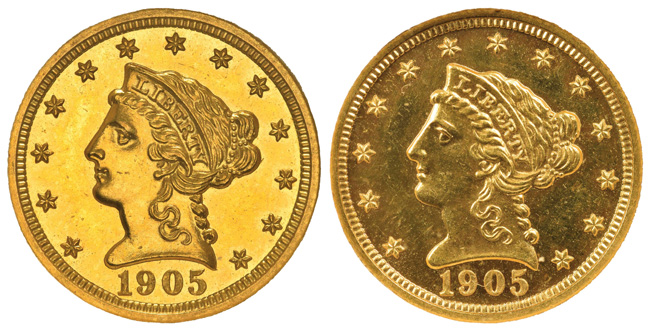 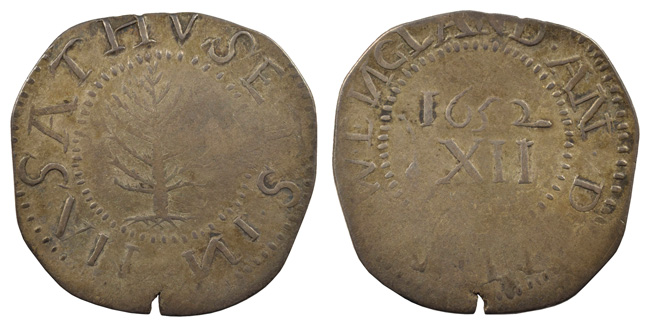 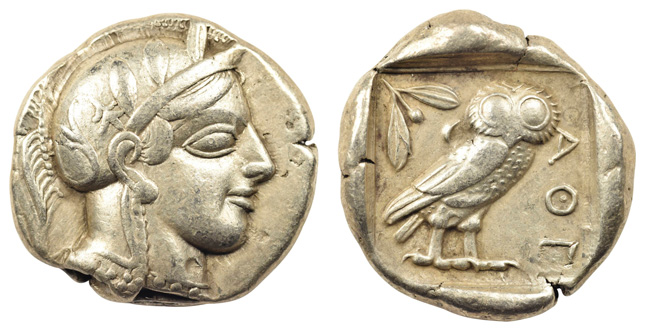 Silver Tetradrachm featuring Athena on the obverse and an Owl on the reverse. Estimate: $600-800