Although the price of gold fluctuated during 2021, the public’s demand for gold bullion coins such as the popular American Eagle series soared during the past year, according to Michael Fuljenz, president of Universal Coin & Bullion (www.UniversalCoin.com) in Beaumont, Texas. 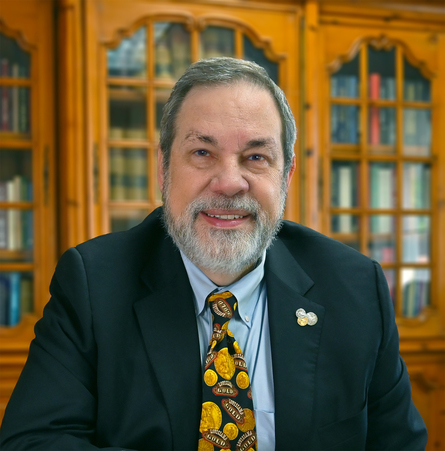 (Beaumont, Texas) December 29, 2021 – Although the price of gold fluctuated during 2021, the public’s demand for gold bullion coins such as the popular American Eagle series soared during the past year, according to Michael Fuljenz, president of Universal Coin & Bullion (www.UniversalCoin.com) in Beaumont, Texas. Known as America's Gold Expert®, Fuljenz is the 2021 American Numismatic Association Dealer of the Year.

“For the first 11 months of the year, the United States Mint sold over 1.2 million ounces of Gold American Eagles, up 51 percent from the 794,500 ounces sold in the same period in 2020. This is on track for the best year since 1999. We’ve had significantly increased interest in gold as well as silver bullion coins from current, former, and many new customers,” explained Fuljenz.

“With rising federal spending and deficits, plus rising inflation and global uncertainty, I predict that gold prices will return to over $2,000 in the year 2022, and silver could go to $27 per ounce. The market for high-quality U.S. rare coins was extraordinary during 2021 and it can rise even more,” he added.

“The recent volatility in the Dow and Russell 2000 indexes are a reminder that gold is the only proven stable form of money for over 3,000 years,” he stated.

Fuljenz, who has taught counterfeit detection classes for the American Numismatic Association, warns potential buyers of bullion and rare coins to be wary of the many fraudulent advertisements appearing on social media sites.

“Some of these platforms repeatedly accept ads for counterfeit coins which are typically made in China. If you see an ad offering gold or silver bullion items at below their actual precious metal content’s value, ask yourself why would someone offer you an item for far less than they could receive selling it to a reputable dealer? Be cautious,” emphasized Fuljenz who received an Honorary Doctorate in Humane Letters from McNeese State University in 2015.

Universal Coin & Bullion President Michael Fuljenz has won dozens of prestigious national and regional awards and honors for his consumer education and protection work in rare coins and precious metals. A respected community leader in his hometown of Beaumont, Texas, Mike also has served with distinction as a consultant to the Federal Trade Commission, Attorney General of Texas, United States Mint, and Royal Canadian Mint. He is on the Boards of Directors of the influential National Coin & Bullion Association, Crime Stoppers of Southeast Texas, and is a member of the Professional Numismatists Guild’s Accredited Precious Metals Dealer program.

Founded in 1994, Universal Coin & Bullion, Ltd. of Beaumont, Texas is a national leader in gold, rare coins, and numismatic education. UCB President Michael Fuljenz is a nationally-known rare coins and precious metals expert whose advice has been used by the Federal Trade Commission, United States Postal Service, United States Mint, the Numismatic Crime Information Center, and the Texas Attorney General. Fuljenz has received more than 60 national and regional awards and honors for his consumer education and protection work in rare coins and precious metals and received an Honorary Doctorate in Humane Letters from McNeese State University.