In what has already been a banner year for the venerable auction house, Stack’s Bowers and Ponterio is excited to announce their fall Hong Kong sale—always the market-maker and trend-setter within Chinese numismatics and beyond. 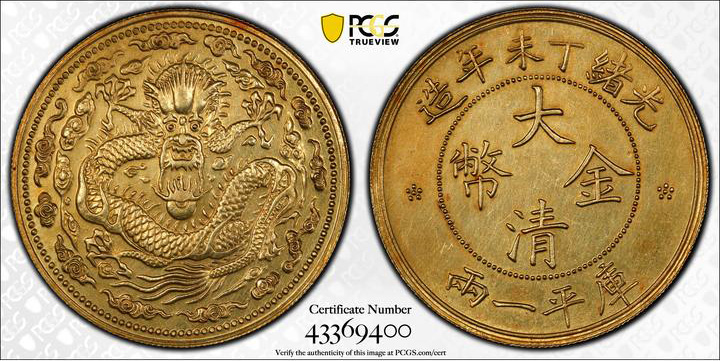 Costa Mesa, CA -- In what has already been a banner year for the venerable auction house, Stack’s Bowers and Ponterio is excited to announce their fall Hong Kong sale—always the market-maker and trend-setter within Chinese numismatics and beyond. Comprising 8,064 lots of coins, medals, tokens, currency, and other forms of exonumia, the Fall 2021 Auction will be the firm’s largest for the venue to date. Sessions will run seemingly nonstop for over a week, beginning on September 27 and running through October 7 (U.S. dates September 26-October 6), with all sessions beginning at 9AM HKT. This monumental sale is sure to attract great enthusiasm and seems destined to join the ranks of the company’s recent high performing sales, such as this year’s January NYINC sale, April Hong Kong auction, and August ANA (the latter two being record-setting sales for the firm). Higher-end estimate expectations surpass $17 million, an overall level that is becoming a company trademark.

The vintage Chinese coins section is highlighted by a trio of gold coins, with a pair of impressive off-metal “Pavilion Dollars” – with reverse legend and without – each bearing an estimate of $500,000-$750,000, and a K’uping Tael Pattern estimated at just a little less. Any one of these three would be a showstopper, and yet this incredible sale contains all three.

Among Chinese provincial coins, a Chihli Tael leads the way, with two other very high grade Kiangnan “Dragon Dollars” following close behind: a 1905 Gem and an 1897 near-Gem . A seldom-encountered and always popular “Bamboo Dollar” from Kweichow will attract great attention from connoisseurs.

The modern Chinese and other world highlights include a 10000 Yuan Kilo Panda in gold, a Korean 1/2 Won issued during the brief period of Russian domination, and a very rare Japanese Trade Dollar featuring an additional bud on the wreath and a larger paulownia.

The currency portion of the Stack’s Bowers and Ponterio Fall 2021 Hong Kong Auction features two particular standout lots from the early years of the Republic: a two-piece lot featuring front and back specimens of the 10,000 Yuan issue from 1951 , along with an attractive and very popular 10 Yuan from 1953 .

The entire Stack’s Bowers and Ponterio Fall 2021 Hong Kong Auction is available for viewing and bidding at StacksBowers.com , featuring high-resolution images, Coins In Motion animations and the firm’s user-friendly bidding platform. For more information about the auction of if you have questions about bidding, please call 800-458-4646 (CA) or 852.2117.1191 (HK), or email info@stacksbowers.com. If you are interested in consigning to an upcoming sale, call 800-458-4646 or email consign@stacksbowers.com.