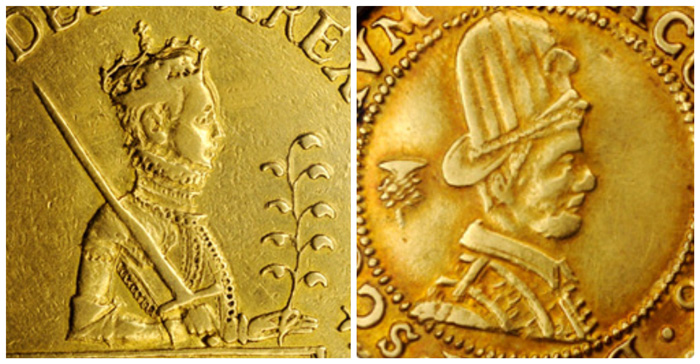 Stack's Bowers Galleries will present the Loch Ness Collection of Scottish Coins August 20, 2021, in their recently completed, state of the art Griffin Studios at the firm's Costa Mesa, California, headquarters.

Stack's Bowers Galleries will present the Loch Ness Collection of Scottish Coins August 20, 2021, in their recently completed, state of the art Griffin Studios at the firm's Costa Mesa, California, headquarters.

Costa Mesa, CA -- Stack's Bowers Galleries is pleased to feature the Loch Ness Collection of Scottish Coins in their Official World Coin Auction for the ANA World's Fair of Money. It is a landmark cabinet that will stand as a reference of quality and rarity for generations to come. It provides a magnificent showcase across six centuries of coinage, spanning from the primitive sterling issues under David I in the 12th century to the final emissions of the Edinburgh Mint under Anne in the beginning of the 18th. This historic tour touches upon some of the most pivotal periods in Scotland and the British Isles, illustrating themes of the Middle Ages, the Renaissance, and the Enlightenment in dazzling gold and silver. Even the most recent of these coinages predate the American and French Revolutions by nearly a century.

This comprehensive offering of types and denominations includes over 100 coins and medals, ranging from the minuscule John Baliol halfpenny to the magnificent gold 20 pound piece of James VI, the largest gold issue of the British Isles. This 20 pound piece, with provenance to the Bridgewater House Collection begun in the 17th century, plays the leading role amid an ensemble of historic treasures, many of which are world-class rarities in their own right.

Other monumental offerings in the Loch Ness cabinet include an exceptional 1555 portrait ryal of Mary, a 1592 gold “hat piece” of James VI, a gold double crown of Charles I, and a 1701 gold pistole of William II. Each of these pieces would, on their own, signify a world-class cabinet. In some cases, it has been decades since collectors have had an opportunity to acquire these types and it is very likely that it could be many more years before they are offered again. 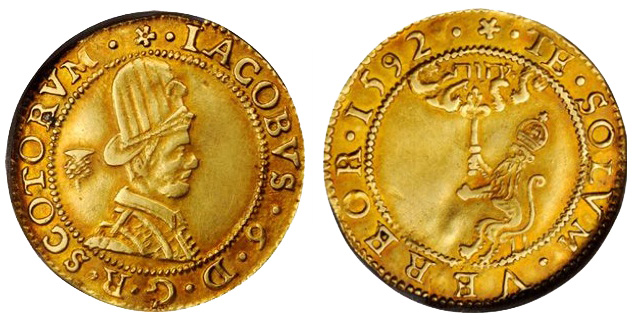 The attention to quality and rarity places the Loch Ness Collection among the most accomplished cabinets of Scottish coins ever formed. It joins the ranks of such landmark collections as Murray, Lockett, Dundee, and LaRiviere, through which many of the present pieces can be traced. Not since the firm's 1976 offering of the Dundee Collection (in association with Spink), has Stack's Bowers Galleries presented such a masterful assemblage. The royal biographies from the Dundee catalog have been reprised, providing the crucial context behind these coinages and bridging the gap between these landmark offerings.

Stack's Bowers Galleries will present the Loch Ness Collection of Scottish Coins August 20, 2021, in their recently completed, state of the art Griffin Studios at the firm's Costa Mesa, California, headquarters. The Loch Ness Collection, along with their entire official ANA auction will be available for viewing and bidding at StacksBowers.com. For more information, call 800-458-4646 or email Info@StacksBowers.com.