The Dr. Eberhard Werther Collection to be Sold in Conjuntion with the Berlin World Money Fair

On 7 February 2023, Künker will auction off the Dr. Eberhard Werther Collection with coins and medals of the German states from the Middle Ages to the 19th century as well as world coins. The focus is on Brunswick. 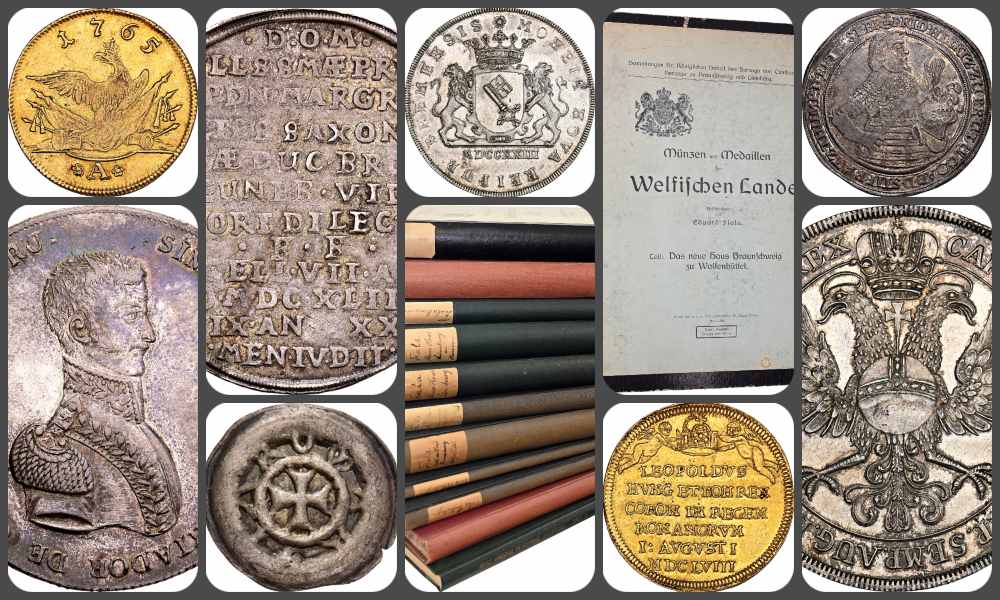 Highlights from the Künker auction of the Dr. Eberhard Werther Collection

Highlights from the Künker auction of the Dr. Eberhard Werther Collection

There are probably only a few collectors and coin dealers left who are still familiar with Dr. Eberhard Werther (1913-1985). In his preface to the catalog of eLive Premium Auction 381, Fritz Rudolf Künker describes him as a somewhat obstinate and secluded coin dealer, who ran his coin shop in Brünninghausen near Dortmund. Although Werther was spared from actively taking part in World War II, he suffered irreversible damage to his health as a war prisoner in the Soviet Union. In fact, Eberhard Werther had wanted to become an English teacher and wrote his doctoral thesis on “the idea of representation in the context of English parliamentarianism”. However, the unexpected purchase of an extensive and important collection of Pomeranian coins paved his way into the coin trade. By means of hectographed fixed-price lists, which he called “Speigelberger Münzverkehr”, he promoted this collection and many others that were to follow. Among his colleagues, Dr. Eberhard Werther was known for not liking to sell his coins to dealers. He always waited to see whether there was a private collector who wanted to buy the piece instead.

Almost 40 years after his death, his sons now decided to let their father’s collection re-enter the numismatic circle. It’s a typical collection as they were assembled in in the 1960s and 1970s: rarity and historical importance were of more importance to the collector than a coin’s quality. Although there are certainly specimens of attractive quality among the pieces, most are “very fine” and “very fine +”, enabling committed collectors to purchase rare items at reasonable prices.

In terms of content, the collection ranges from a small selection of world coins (36 pieces) to some Habsburg specimens (10 coins) and coins and medals from the German states (273 pieces). The time frame ranges from the high Middle Ages to the early 20th century. The auction focuses on Brunswick, a chapter with about 140 lots, representing almost half of the entire sale.

Two very particular lots should be highlighted here: The auction starts with an almost complete set of the original prints of E. Fiala’s work on coins and medals of the Welf lands, written by the author on behalf of the then head of the House of Hanover, Ernest Augustus, Duke of Cumberland, Duke of Brunswick and Lüneburg. Only the extremely rare 12th volume, of which only a few copies were printed in 1919, is missing. Some volumes contain a book dedication by the author.

We also want to mention two extremely rare bracteates from the island of Rügen, Germany’s largest and most populous island, right opposite of Stralsund. In 1168, the Danish king Waldemar I conquered the island and forced the Slavic Rani to get baptized. Rani prince Jaromar I became a Danish vassal. He had a very rare bracteate minted on Rügen, the second piece is from his grandson Jaromar II.

Of course, these aren’t the only interesting coins. We present a small selection of attractive specimens:

No. 1028: Bolivia. 1825 silver medal commemorating Simon Bolivar, dedicated to him by the city of Potosí. Beautiful patina. About FDC. Estimate: 1,000 euros

No. 1226: Frankfurt. 1658 double ducat commemorating the coronation of Leopold I as Holy Roman Emperor in Frankfurt. Very rare. About extremely fine. Estimate: 3,000 euros

To order a catalog contact Künker, Nobbenburger Straße 4a, 49076 Osnabrück;

You can access the auction catalogs online at www.kuenker.de.

If you want to submit your bid from your computer at home, please remember to register for this service in good time.