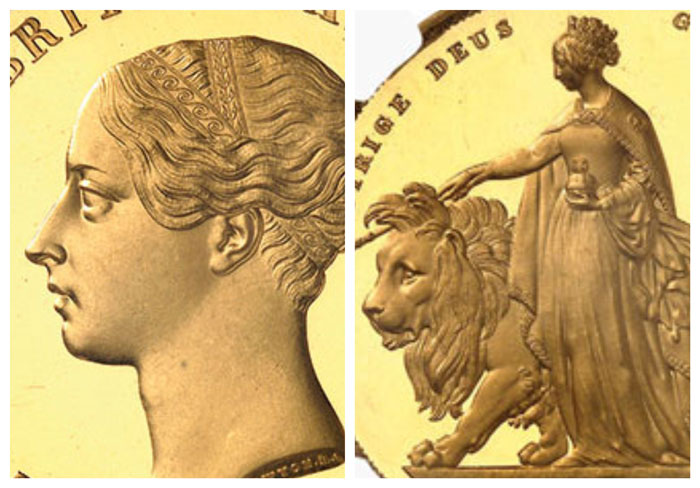 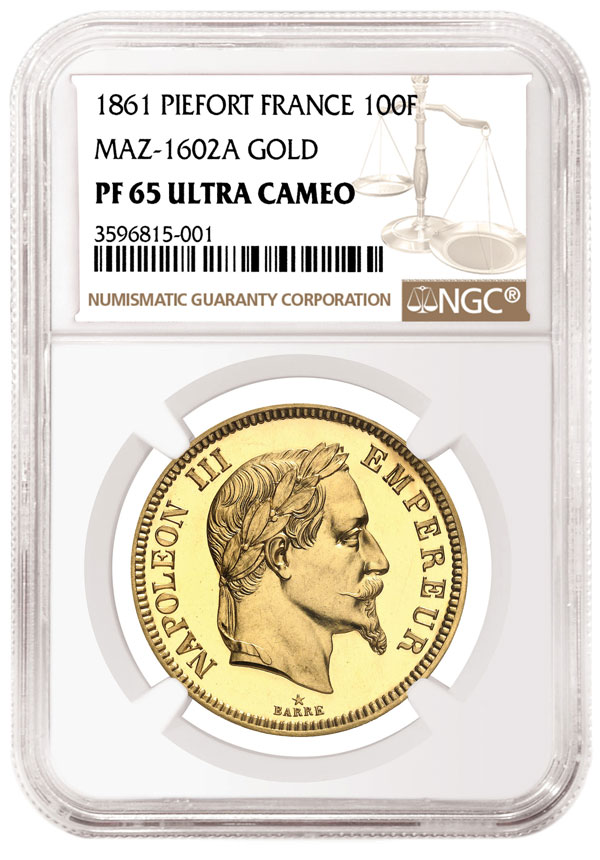 Though the design was adopted for circulation starting in 1862, the 1861 coins exist only as patterns. This example is a piefort, meaning it is extraordinarily thick. Within a decade of this coin's striking, Napoleon III was captured during the Battle of Sedan in the Franco-Prussian War, ending his reign.

Meanwhile, a coin struck for Queen Victoria, a contemporary of Napoleon III, realized €600,000 or about $727,000. Graded NGC PF 64 Ultra Cameo, the 1839 "Una and the Lion" 5 Sovereign (lot 495) celebrates the queen with a youthful portrait on the obverse and a scene from Edmund Spenser's 1590 poem "The Faerie Queene" on the reverse. In that scene, Victoria is seen as the character Lady Una, directing a lion, a symbol of England. 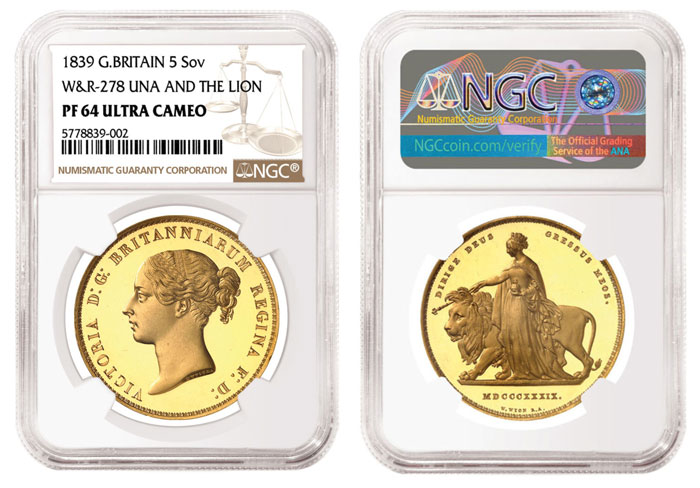 Another great rarity from England, a 1701 Plain Sceptres 5 Guineas graded NGC MS 64+ (lot 478), realized €360,000 or about $435,000. This coin is called a "Fine Work" 5 Guineas because its well-executed portrait of William III showcased the revitalization of the Royal Mint under the skilled leadership of scientist Isaac Newton.

Also realizing €360,000 was an undated England Double Obverse Pattern graded NGC PF 66★ Ultra Cameo (lot 489). Each side shows a slightly different portrait of King George III, who ruled from 1760 until 1820. At the bottom left of George's figure, the coin bears either the initials 'CHK' or 'K' — believed to represent Conrad Heinrich Kuchler, who designed several British coins before he died in 1810.

"Once again, bidders seized the opportunity represented by NGC-certified rarities from around the world," said Nicolas Gimbert, MDC Monaco Numismatic Expert. "NGC certification helps bidders feel more confident when ultra-rare coins are offered in one of our sales."

Other NGC-certified highlights in the sale include: