The finest-known example of a Chinese coin designed by Luigi Giorgi dazzled the coin collecting world, realizing $1.34 million at a Champion Macau auction that ended May 30, 2021. It more than quadrupled its pre-auction estimate of $150,000 to $300,000.

Altogether, the NC Collection realized over $18 million — the largest total ever achieved by a Chinese collection.

Altogether, the NC Collection realized over $18 million — the largest total ever achieved by a Chinese collection.

The China YR 3 (1911) Silver Dollar Long Whiskered Dragon graded NGC MS 64 features a fully struck dragon with stunning detail and rims with sharp, raised leaves. It is possibly one of the first coins struck off a new die design created by Giorgi, an Italian artist, who was Chief Engraver at the Tientsin Central Mint from 1910 to 1917. 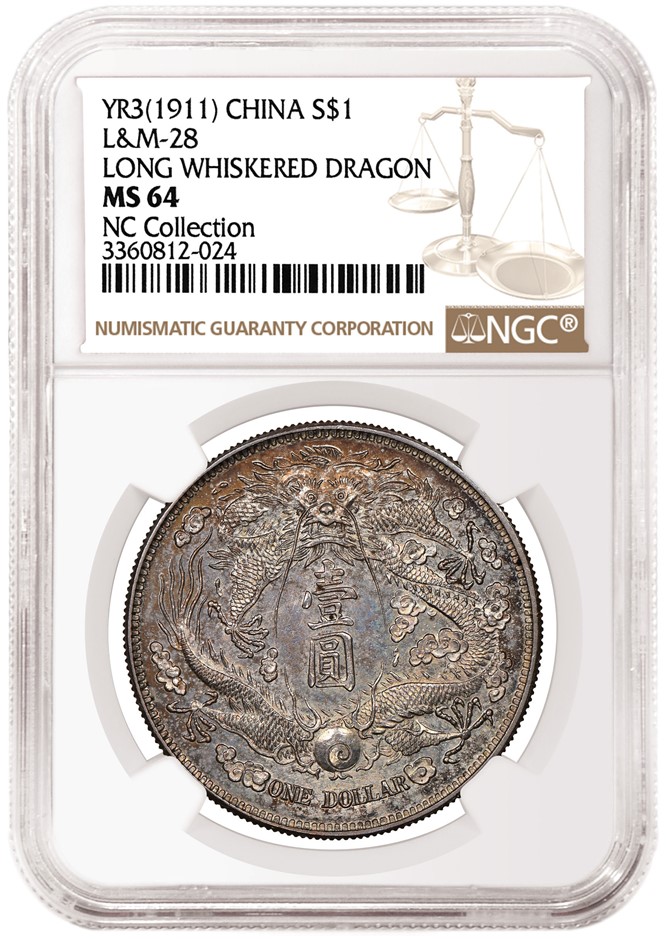 The Long Whiskered Dragon and other coins in the sale were from the Nelson Chang (NC) Collection — an outstanding group of vintage Chinese rarities graded by NGC. Distinguished with the NC Collection pedigree on the NGC certification label, many of the coins are the most desirable in Chinese numismatics, carefully collected by one of China’s most famous families.

Another NGC-certified coin from the NC Collection that also surpassed $1 million was a China YR 33 (1907) Tael Chihli graded NGC MS 63. One of the finest known and one of the most coveted of the Chinese dragon Tael series, the coin flew past its estimate of $200,000 to $400,000 to realize $1.15 million. 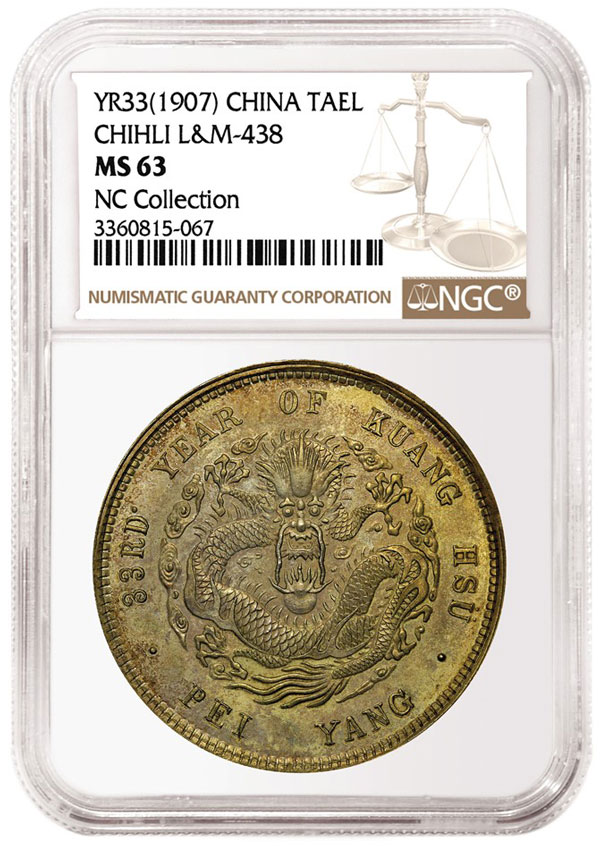 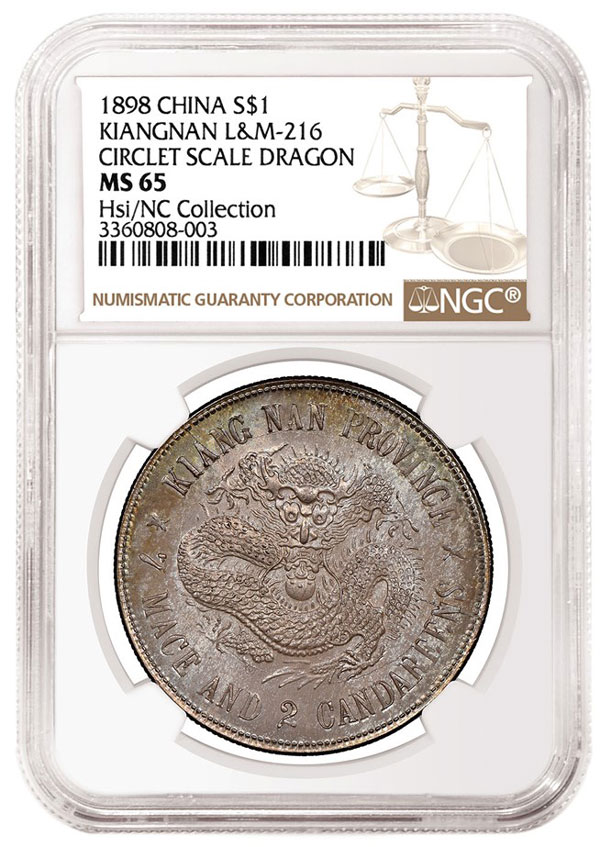 Altogether, the NC Collection realized over $18 million — the largest total ever achieved by a Chinese collection. The astonishing average per coin was $180,000.

“The NC Collection sale set over 60 record prices for Chinese coins,” commented Michael Chou, President of Champion Auctions. “NGC’s expert certification and the confidence it provides were integral to this record-setting day.”

“With some of the rarest and most desirable vintage Chinese coins known, the sale of the NC Collection was a numismatic event that doesn't happen often,” said Ben Wengel, NGC Senior Grading Finalizer of World Coins. “NGC is proud to be part of this resounding success.”

These coins become the ninth and tenth NGC-certified coins to realize a price of more than $1 million so far in 2021. The complete list includes:

Numerous other NGC-certified coins realized premium prices in the sale, including:

To see large, high-resolution images of these and other NGC-certified coins in the sale, explore the NC Collection Gallery.

Prices realized include buyer’s premium. All estimates were provided by the auction house in US dollars.