An example of the iconic 1839 Victoria gold “Una and the Lion” five pounds, certified by Numismatic Guaranty Corporation (NGC), is the star of Sovereign Rarities Auctio 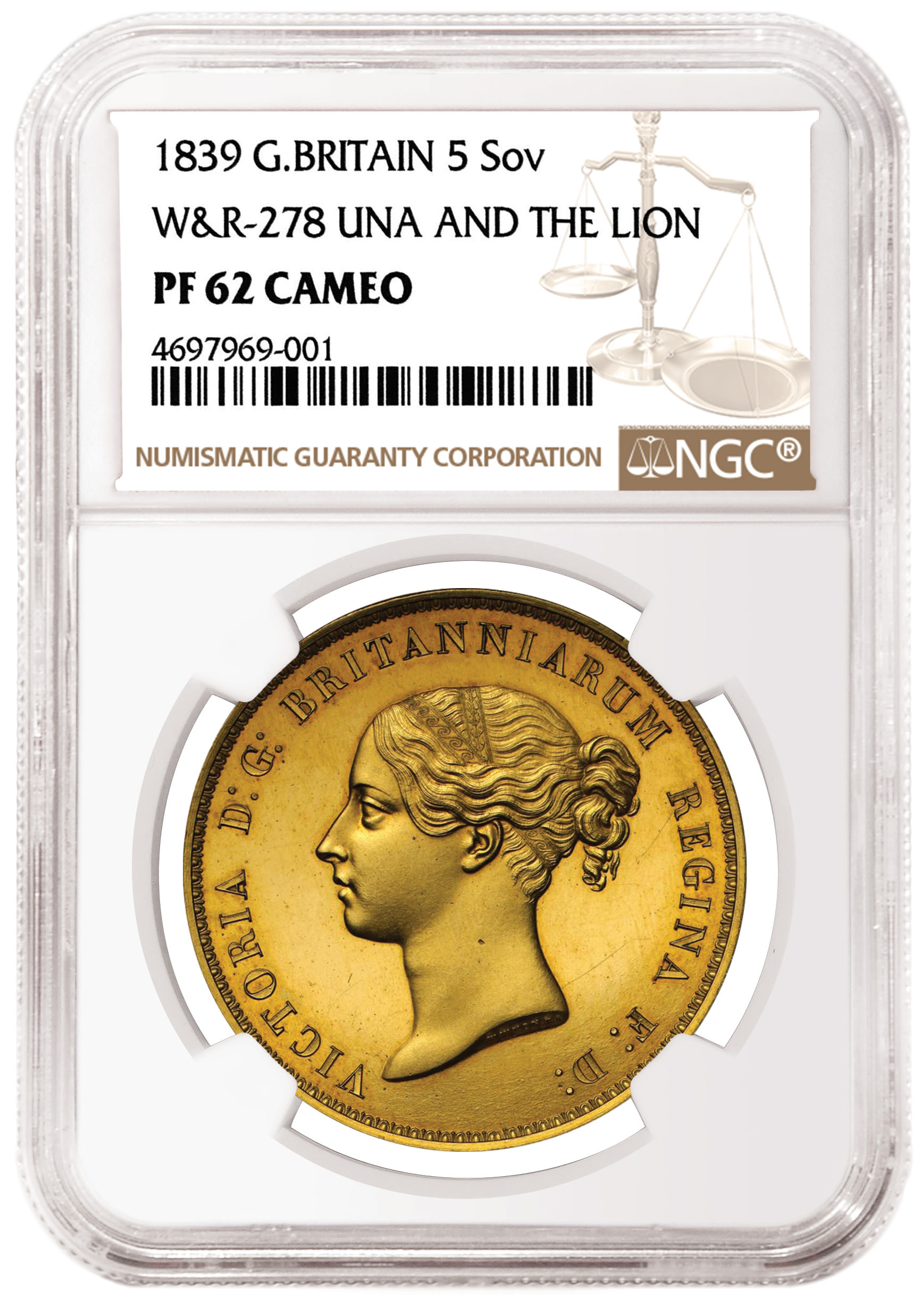 An example of the iconic 1839 Victoria gold “Una and the Lion” five pounds, certified by Numismatic Guaranty Corporation (NGC), is the star of Sovereign Rarities Auction 1 on September 25, 2018, in London.

The gold Una and the Lion proofs are widely considered to be the most beautiful British coins ever minted, and examples are highly sought by collectors. Only about 400 were struck. 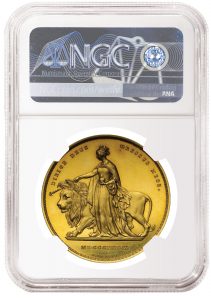 The obverse of the 1839 “Una and the Lion” five pounds features a beautifully executed bust of the young Queen Victoria, whose 63-year reign had just begun in 1837. The legend VICTORIA D: G: BRITANNIARUM REGINA F: D: surrounds the bust, Latin for “Victoria, by the grace of God, Queen of the Britons, Defender of the Faith.”

The coin’s more-famous reverse also features Queen Victoria, but as Lady Una, a character from Edmund Spenser’s 1590 poem The Faerie Queene. She is seen directing a striding lion with a scepter in her right hand and a globus cruciger (a cross-bearing orb) in her left. The Latin motto DIRIGE DEUS GRESSUS MEOS, which translates to “May God direct my steps,” helps frame the iconic scene.

William Wyon, chief engraver of the Royal Mint, designed the coin; his name appears in the shaded region at the base of Victoria’s neck on the obverse.

Other NGC-certified highlights in Sovereign Rarities Auction 1 include:

For more information about Sovereign Rarities Ltd. and to bid, visit www.sovr.co.uk.