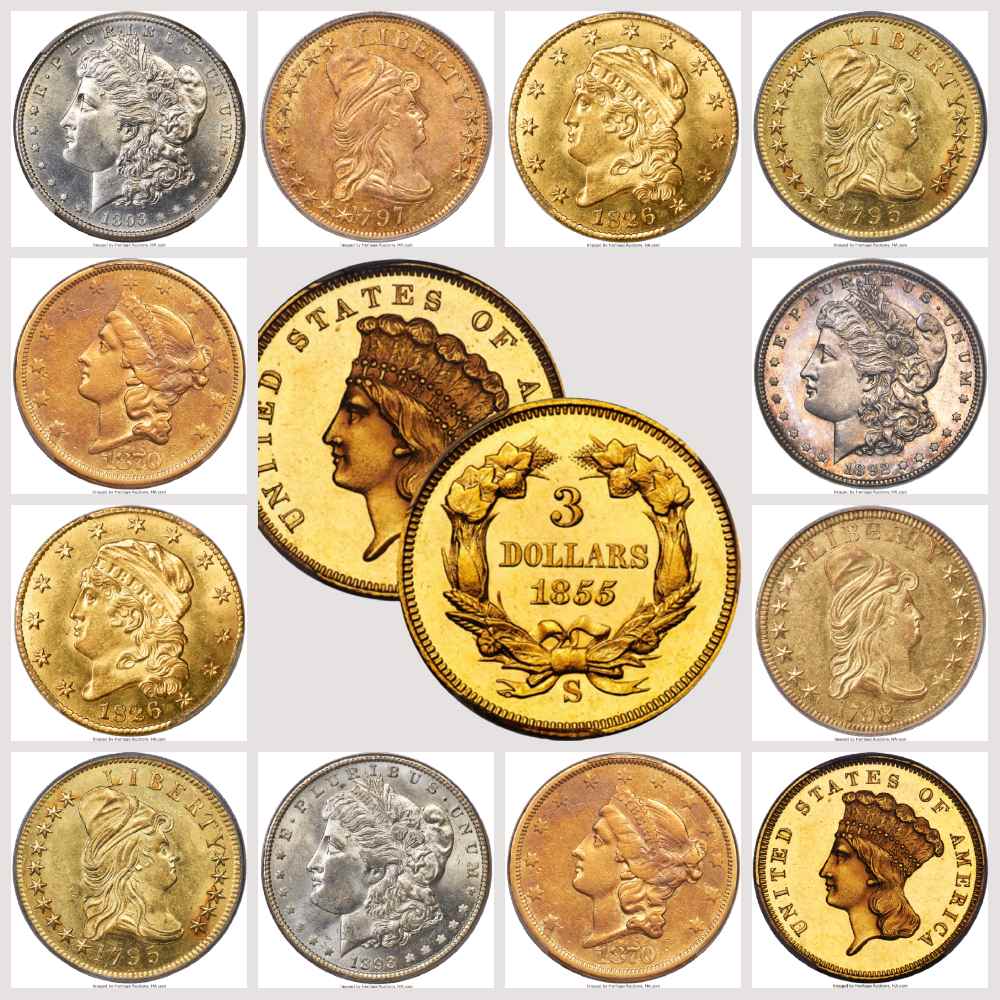 DALLAS, Texas (Jan. 24, 2023) – It’s one of the oldest rules of collecting: The scarcer something is, the greater the demand among collectors.

It therefore is no surprise that an 1855-S Three Dollar Gold, PR64 Cameo is among the most coveted prizes at Heritage Auctions’ Long Beach Expo US Coins Signature® Auction Feb. 9-12.

This magnificent coin, from the Bender Family Collection, Part III , is the only example known to collectors, making it one of the most elusive in the U.S. federal series. The 1855-S was produced to commemorate the first striking of the three dollar denomination at the San Francisco Mint, which had opened for coinage operations just one year earlier.

“Remember, virtually all coins from that era were struck in the Philadelphia Mint,” says Todd Imhof, Executive Vice President at Heritage Auctions. “Coins from any other Mint are prized among collectors, and with good reason. This one was kept for more than a century by a family in California, and only emerged recently, which helps to explain the exceptional condition in which it has remained for more than a century and a half. This coin represents an extraordinary opportunity to the winning bidder, a chance to acquire a historically significant coin that no other collector will have.”

This extraordinary coin made its first public appearance at the Apostrophe Sale in 1984. It was suggested that a second example might have been sent to the Mint Cabinet, but according to Jeff Garrett and Ron Guth, “if the coin was sent, it no longer exists in the Smithsonian collection.” Until another example is located, the offered coin has to be considered unique.

That this magnificent coin hails from the Bender Collection — a trove that included the finest PCGS Registry Set of Carson City coinage and the finest complete certified $3 Gold Proof set ever assembled — is anything but surprising. Part I of his collection was sold Aug. 22-28 in Heritage Auctions US Coins Signature® Auction . Part II was among the highlights Jan. 11-15 in Heritage’s FUN US Coins Signature® Auction .

“Tom Bender is a beloved figure with an important collection that is known throughout the numismatic community,” says Imhof. “He has a well-earned reputation as someone who actively pursued the highest-quality coins; now the most serious collectors will be able to enjoy the results of his efforts.”

The Bender Collection accounts for 106 lots in the auction. Another Bender highlight is an 1870-CC Liberty Double Eagle, XF40 — the key issue of the Carson City Mint. Off the market for the last 14 years, this coin very well could become the centerpiece of an exceptional collection of Carson City gold when it is sold. The Carson City Mint began receiving bullion deposits in 1870, but when some depositors grew frustrated while awaiting payment, they opted instead to ship their bullion to the San Francisco Mint. Doug Winter and Michael Fuljenz referred to the 1870-CC Double Eagle as “the rarest and most valuable Type Two Double Eagle” and “the most famous and desirable gold coin struck at the Carson City Mint,” identifying it as “the most difficult Type Two Double Eagle to locate in premier quality grades.”

The only gold CAC example of an 1826 Capped Head Half Eagle, MS62 PCGS is another prized offering from the Bender Collection. The 1826 BD-1 half eagle is a rare issue in today’s market, with most survivors in Mint State grades, with a surviving population of just 30-35 examples in all grades, according to PCGS CoinFacts — a figure that agrees with estimates made by earlier researchers and indicates that the population has been stable for some time. Most survivors are in Mint State grades, including the MS66+ PCGS BD-1 coin from the D. Brent Pogue Collection, and just two proof examples are reported. There are two coins in the National Numismatic Collection at the Smithsonian Institution, including one of the proofs, and the Harry Bass Foundation has an example of both varieties (BD-1 and BD-2). PCGS and NGC have combined to certify 21 coins between them, including an unknown number of resubmissions and crossovers.

The Riverboat Collection of Early Eagles brings 14 lots of the second gold denomination struck by the U.S. Mint, with eagles dating from 1795 through 1804. This assemblage represents the entire eagle series by date, with every year represented by at least one significant variety. Mint State examples dominate the collection, which also includes high-end About Uncirculated coins. Among the top offerings in the collection:

· A 1795 Capped Bust Right Eagle, MS63 – a favorite among collectors from the earliest days of the hobby, the 1795 Capped Bust Right eagle includes five known die varieties. This coin is an example of the BD-1 die marriage, one of four pairings for 1795 that fit into the 1795 Stars 10x5, Small Eagle reverse, 13 Leaves category. The BD-1 die marriage is attributed by the distinctive obverse, not shared among any other eagle varieties of the year. The reverse die, which is shared with the BD-2 variety, shows a lower palm leaf touching the U(NITED). Die evidence suggests the BD-1 was the first variety struck, with deliveries commencing on September 22, 1795.

· A 1797 Capped Bust Right Eagle, MS60 , rarely seen in Mint State, is the only Small Eagle 1797 ten dollar variety, classified as BD-1 in the standard series reference. Die state evidence reveals that some of the 1796-dated pieces were actually struck after the 1797 coins, leading to the conclusion that there must have been a remarriage of the 1796 dies after the 1797 pieces were struck. This coin is tied with one other example for fifth place in the PCGS CoinFacts Condition Census.

The Carter Jackson Collection, Part II includes (but is not limited to) an impressive selection of Morgan dollars, in both circulation strike and proof formats. Among the selection’s top offerings:

A 1798/7 Eagle, BD-2, AU58 is one of 20-30 known to exist and one of only four examples in AU58 (all PCGS coins) with a combined PCGS and NGC total of five Mint State coins finer (this example is tied with one other example for the No. 5 spot in the PCGS CoinFacts Condition Census). It has been off the market for more than seven years, and it could be another decade or more before another example of comparable quality is available.

Images and information about all lots in the auction can be found at HA.com/1357 .