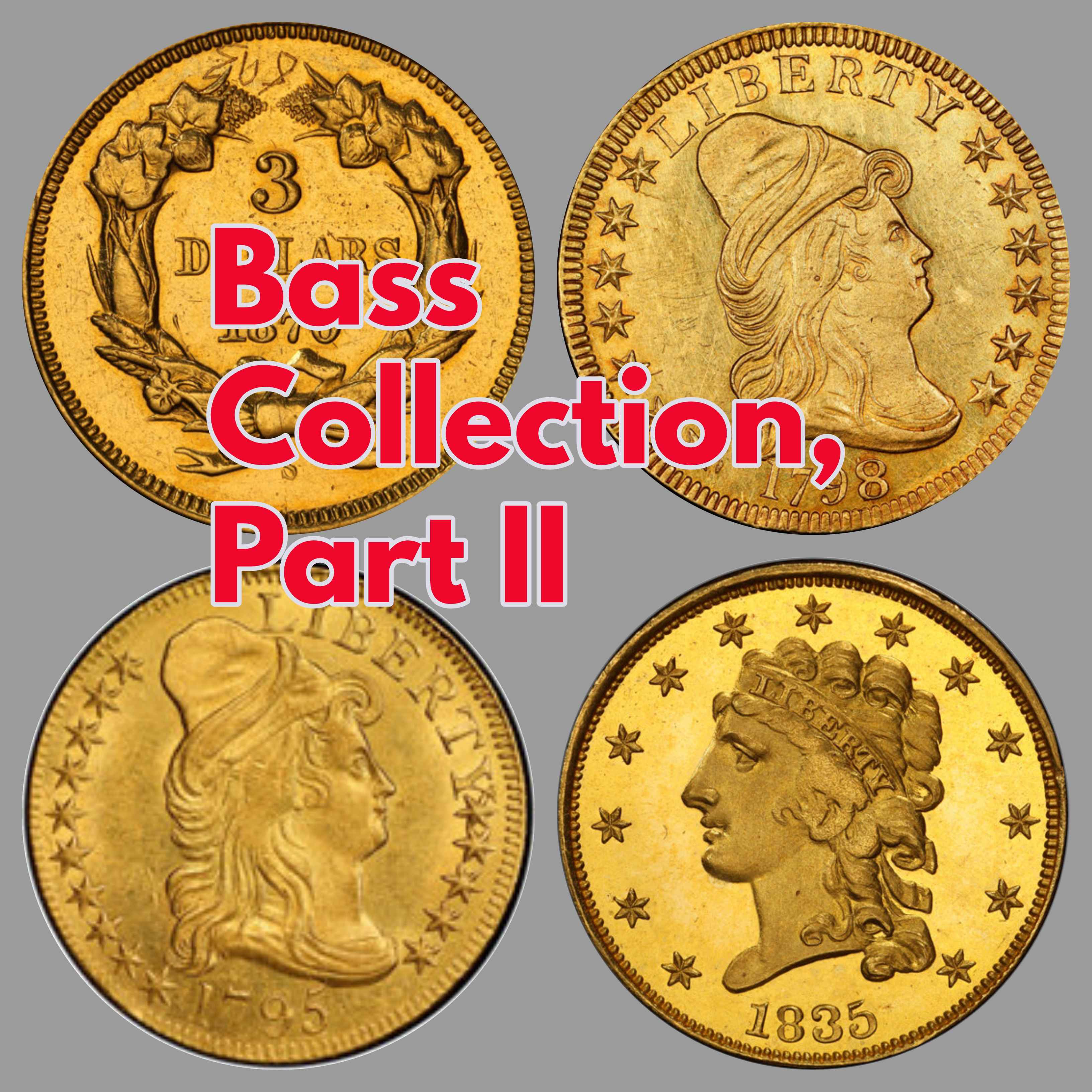 The auction was enormously successful by any metric: of the 103 offered lots, 30 established new records. The event was the second installment of the collection of Harry W. Bass; proceeds from the auction will benefit the dozens of Dallas-based nonprofits supported by the Harry W. Bass Jr. Foundation, with a particular emphasis on early childhood education and literacy in Dallas. Part I reached $20,459,645 on Sept. 29.

“These coins were very special to Harry, and I hope the buyers appreciate them as much as he did,” says F. David Calhoun, executive director of the Harry W. Bass Jr. Foundation. “They’re not just commodities, as every coin was special to Harry, as evidenced by the extraordinary collection of U.S. gold rarities he assembled. And, of course, the more money raised from the auctions of these coins, the better because that means we can help more people.”

“Heritage Auctions delivered more than $24 million in winning bids for the Bass Foundation tonight, and nearly $44.75 million over the first two parts of this extraordinary auction, and we know the foundation will put these proceeds to great use amongst the charities they support,” Heritage Auctions Executive Vice President Todd Imhof said. “Our sale of Part II of the Bass Foundation’s rare coins tonight delivered numerous world records and shows this bull market in the rare coin hobby continues.

“We could not be more happy for the Bass Foundation and for the charities it supports.”

The event’s top lot, which drew 73 bids, crushed the previous world record of $687,500 and is among the rarest and most enigmatic coins in the U.S. federal series. Reliable reports suggest that a second example, housed in a ceremonial casket, was placed under the cornerstone of the Second San Francisco Mint in 1870, but the example offered in this auction is the only known example. But assuming the reports of that second example are accurate, that coin would be forever out of reach to collectors, meaning that for all intents and purposes, the example sold in this auction is unique.

Also clearing more than $1 million was the finest known 1795 Capped Bust Right Eagle, MS64 , which reached $2.1 million. The rarest and most sought-after of the capped Bust Right, Small Eagle die varieties, PCGS CoinFacts estimates the surviving population at 18-22 examples in all grades, while John Dannreuther estimates 20-22 specimens extant. PCGS and NGC have combined to certify 28 examples between them, a total that almost certainly includes a number of resubmissions and crossovers. This coin has been exhibited, along with the rest of the Harry Bass Core Collection, at the Edward C. Rochette Money Museum, at the headquarters of the American Numismatic Association in Colorado Springs, since 2001.

An 1835 Quarter Eagle, HM-1, PR67 Deep Cameo prompted 30 bids before it sold for a record $1.2 million; the previous record was just under $176,000. From the Eliasberg Collection with an earlier provenance to the George H. Earle Collection, this example is the finest certified proof Classic Head quarter eagle, the only one to receive the PR67 numerical grade and one of just four PCGS submissions boasting the Deep Cameo designation. This magnificent example is one of fewer than three dozen remaining from 1834-39, a distinction made rarer by the fact that four reside in the Smithsonian Institution, and another in the British Museum.

A 1798/7 BD-2 Eagle, MS62 was the fourth lot to reach seven figures when it ended at $1.11 million, surpassing the previous record of $705,000. It is the third-finest known example, and one of the two above it is housed in the Smithsonian Institution.

A 1796 BD-2 No Stars Quarter Eagle, MS63 brought a winning bid of $990,000. The 1796 No Stars Quarter Eagle ranks among the most sought-after and important types in the entire United States series, and ranks within the 100 Greatest U.S. Coins compiled by Jeff Garrett and Ron Guth with the input of many of the hobby’s top experts. Not only is the 1796 Quarter Eagle the first two-and-a-half-dollar gold issue manufactured in this country, this variant without stars around the obverse was struck only for a few months before being replaced by a modified version with stars.

Other records set in the event included, but were not limited to:

Part III of Heritage Auctions’ Bass Collection is scheduled to occur in April, and Part IV in August.

The foundation also donated $160,000 to the American Numismatic Association following the collection’s departure from its museum in Colorado.