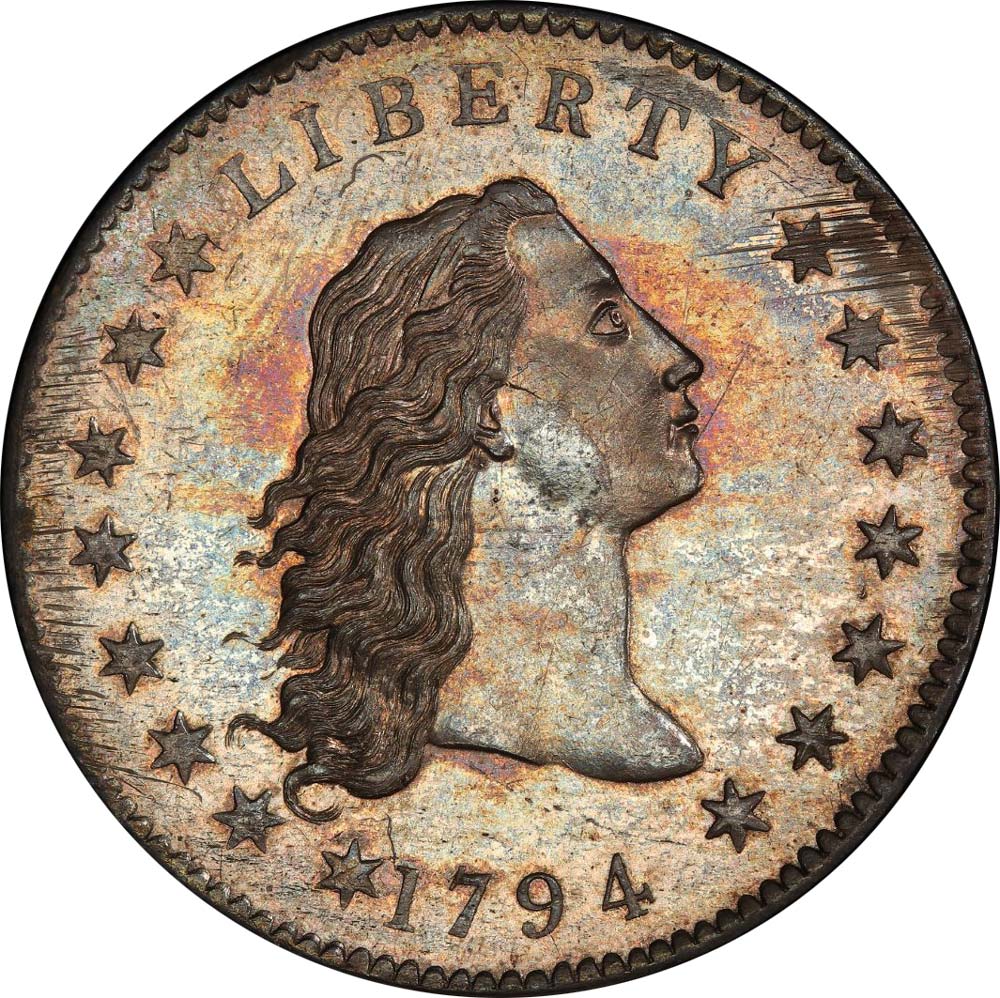 The world’s most valuable US coin, a 1794 Dollar that last sold for $10,000,000, is set to appear in an auction again later this year. Legend Rare Coin Auctions, Inc. has announced the sale of the Bruce Morelan Collection, a collection of coins from the early period of US history, valued in total at over $20,000,000. The collection will be sold as the anchor collection of an auction taking place in conjunction with the PCGS Members’ Only Show in Las Vegas, this October.

The collection includes the finest set of Early Mint State Dollars ever assembled, including two incredibly rare seven figure coins, the 1794 $1 SP66, and 1804 $1 PR65. These coins are among the most famous coins in the world, as well as two of the rarest, making it incredible that they can both be included in the same collection.

The collection being offered includes an example of every date and type of dollar struck at the Philadelphia mint from 1794 through 1804. The 1794 $1 included in the collection is the first dollar ever struck in the United States and has been featured in museums around the world due to its historical importance. The final coin in the collection, the 1804 $1, is an exceptionally rare coin, of which only eight were ever minted. The example being sold is the third finest known to survive, and is known as the Dexter Specimen because of a small “D” a previous owner carved on the reverse. It has an estimated value of $4,000,000.

The Bruce Morelan Collection was assembled by Bruce Morelan, a businessman and one of the preeminent coin collectors of this generation, over the course of many years. He was aided in his search by Laura Sperber of Legend Numismatics, and together they assembled this collection by focusing only on only the highest quality coins for each date. When asked about the process of building this collection, Laura Sperber had this to say. “This is the finest collection of Mint State Dollars ever assembled. Bruce never settled for second best, even if a coin was only a fraction better that is what he wanted. This could not have been clearer than when we bought the 1794 Dollar. Unquestionably the coin is one of a kind, both due to its incredible qualities, and the fact that it is the very first dollar ever struck by the US Mint. Having tried to buy it earlier, Bruce was determined not to miss this opportunity a second time. When it came up to auction, he made a ‘blow out’ bid to scare off other bidders and ensure the coin was his. Because of this, it is the first and only coin to sell for ten million dollars.”

Now that he is selling his collection, and the 1794 Dollar with it, Bruce had this to say, “The 1794 Dollar has been a lifelong dream coin and I’m truly blessed to have owned it. I can only hope the new owner has as much joy, pride and satisfaction as I did having it in my collection. Now that the set is complete and nothing else can be added, I’ve decided it's time for other collectors to enjoy these magnificent coins.”

It is not just these two dollars that make this an exceptional set, however; all of the coins in the Bruce Morelan collection are of the highest quality and eye appeal. Each has been part of some of the greatest coin collections ever assembled, and after this sale the name Bruce Morelan will be added to that list.

Laura Sperber added, “There likely will never be another set in our lifetime like this!”

The Bruce Morelan Collection of Early U.S. Silver Dollars is made up of the following coins:


To find out more information about the collection, please contact Legend Rare Coins auctions at info@legendauctions.com, or at 732-935-1168.