A revised commemorative medal design for the Philadelphia World’s Fair of Money was unveiled today by the American Numismatic Association. Designed by Jamie Franki and 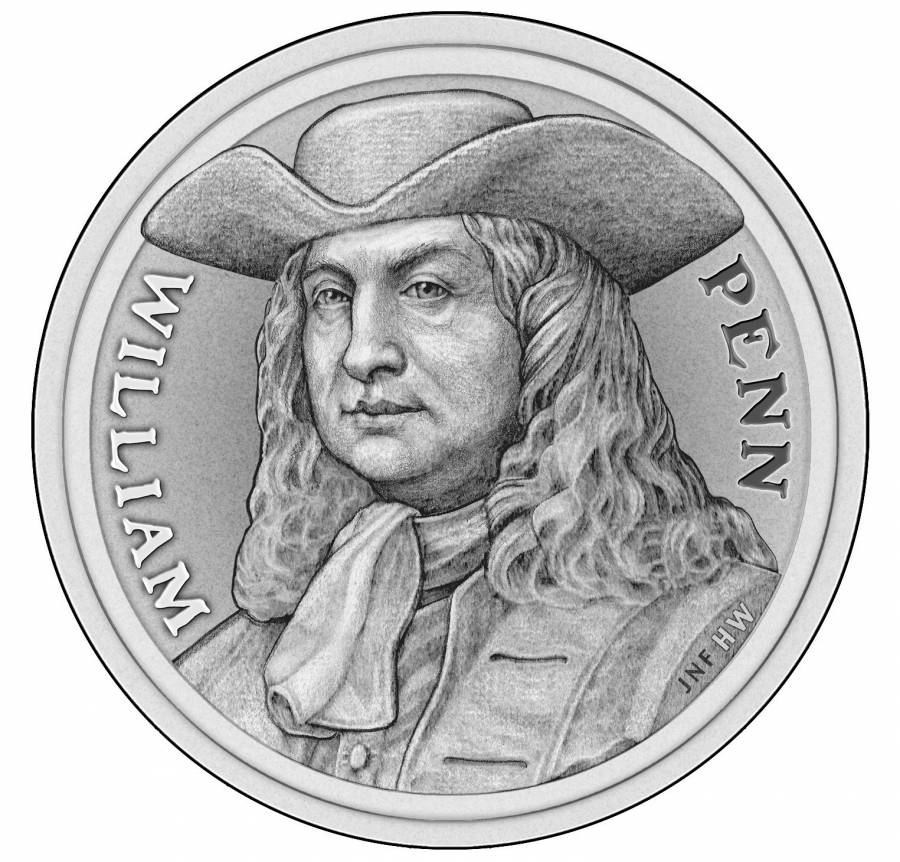 A revised commemorative medal design for the Philadelphia World’s Fair of Money was unveiled today by the American Numismatic Association. Designed by Jamie Franki and sculpted by noted medallic artist Heidi Wastweet, the reverse of the commemorative medal required a redesign after ownership questions surfaced around the famous Philadelphia LOVEgraphic, which was originally depicted on the medal.

The reverse of the medal has been redesigned in the form of a Philadelphia love token, and features engraved elements from American paper currency that form a heart shape. The Eye of Providence, a quintessential engraved element from the dollar, forms the “o” in Love, and creates a tie to William Penn’s forward-thinking gaze depicted on the obverse. The love token, which has been engraved upon the surface of a reeded coin, also features the meaning of Penn’s “City of Brotherly Love” as it translates from the Greek.

On the obverse remains William Penn; English real estate entrepreneur, philosopher, early Quaker, and founder of the British North American colony the Province of Pennsylvania. “Love has likely been a subject for every known mode of human artistic expression,” said Franki. “One example of particular interest to numismatists is the tradition of the love token.”

Professor Jamie Franki currently teaches Illustration at the University of North Carolina at Charlotte, and he serves as a contributing designer for the United States Mint’s Artistic Infusion Program. Franki is a member of the American Medallic Sculpture Association, the ANA, and the Charlotte Coin Club. In 2011, Franki received the ANA’s Presidential Award for his artistic practice and service to the numismatic community.

“Heidi Wastweet has sculpted thousands of masters for coins and medals and I knew her experience and insight would elevate this important commemorative into a true work of art,” said Franki. Wastweet serves the United States Mint as an elected medallic expert on the Citizen’s Coinage Advisory Committee. She also serves as the president of the American Medallic Sculpture Association.

The reverse of the commemorative medal originally featured the famous Philadelphia LOVE sculpture graphic created by artist Robert Indiana in 1964. When Indiana first created his art, he failed to properly file a copyright for LOVE, which has thrown ownership of the design into question. Indiana died on May 19. In light of newly surfacing questions about the estate proprietorship of Indiana’s LOVE designs and sculptures, Franki and the ANA opted to change the design out of respect to the late artist and his estate.

The American Numismatic Association is a congressionally chartered, nonprofit educational organization dedicated to encouraging the study and collection of coins and related items. The ANA helps its nearly 25,000 members and the public discover and explore the world of money through its vast array of educational and outreach programs as well as its museum, library, publications, and conventions. For more information, call 719-632-2646 or visit www.money.org.