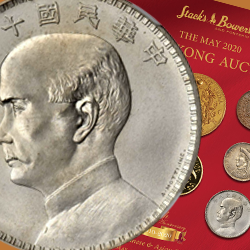 Records Fall as Over $13,000,000 in Coins and Banknotes are Sold in Stacks Bowers and Ponterio’s 10th Anniversary Hong Kong Auction

The sale had been rescheduled from its original date in March and was put in jeopardy of cancellation due to worldwide efforts to contain the COVID-19 pandemic. 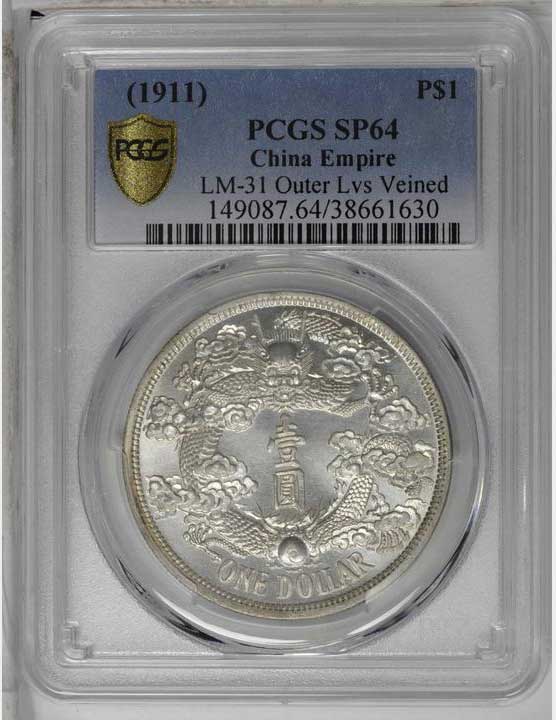 Santa Ana, CA -- Stack’s Bowers and Ponterio is proud to announce the results from their recently concluded May Hong Kong auction. Total prices realized for this monumental 10th anniversary sale were $13,207,382, but that only tells part of the story. The sale had been rescheduled from its original date in March and was put in jeopardy of cancellation due to worldwide efforts to contain the COVID-19 pandemic. However, due in large part to Stack’s Bowers’ industry leading online bidding technology, the sale went on, with their auctioneers receiving bids on the “floor” from their California and Hong Kong offices, as well as on their award-winning Stack’s Bowers Galleries iBid Live internet platform. When the hammer on the last lot fell, over 93% of the 3,845 lots had gone to new buyers at prices that reflected 154% of pre-auction high-estimate on lots that sold. Overall, the auction was Stack’s Bowers and Ponterio’s largest in Hong Kong since August 2011. (All prices include the buyer’s fee.)

Areas of strength in the sale were numerous, led by vintage Chinese coins, most notably those struck during the Chinese Empire during the late 19th and early 20th centuries, along with those from the Republic of China period that followed. One highlight from the Imperial period was an exceptional “Reverse Dragon” pattern Dollar that was graded SPECIMEN-64 by PCGS. This piece, a prototype for the famous “Dragon in the Clouds” type that is so ubiquitous in Chinese numismatics, realized $210,000 USD. From the Republic period, an incredibly rare pattern Dollar of Sun Yat-sen , graded Specimen-66 by NGC and featuring a unique satin finish and the die signature “A. MOTTI. INC.,” claimed the top realization in the sale at $252,000 USD.

Modern Chinese coins also displayed impressive strength, with two lots reaching into six-figures. An incredibly rare concept pattern for the highly beloved “Dragon & Phoenix” series sold for $192,000 USD. Dated 1989, the year before the series began, this 200 Yuan issue represents the largest denomination in the series and its extreme rarity captivated many. The second six-figure item was a double thick or “piefort” 450 Yuan in gold from the “Year of the Child” issues of 1979, which were struck in silver and gold and in a number of finishes during that year. The offered variant is by far the most desired and brought an outstanding $120,00 USD. 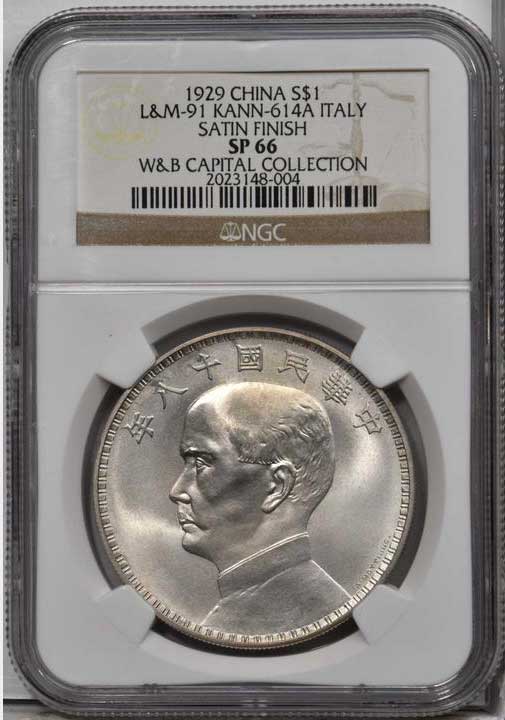 Coins and medals from several other countries showed incredible strength as well, perhaps best exemplified by the sale of the Trident Collection of British Trade Dollars , the #1 All-Time PCGS Registry Set for the issue. Produced for a non-Asian country, these Dollars were struck for trade purposes, and largely saw circulation in Hong Kong and the Straits Settlements (modern day Singapore). While standout after standout price was achieved, perhaps the most notable was the final date, a long-known rarity that resulted from much of the issue being melted prior to distribution. This 1935-B Trade Dollar , struck at the Bombay Mint in India, was graded MS-63+, and brought $45,600 USD, a new world record for the issue. Other exceptional realizations from this session of the Stack’s Bowers and Ponterio sale include a magnificent Thai silver medal from the Haw Campaign that brought $38,600 USD and, from Burma, a magnificent rainbow-toned “peacock” 5 Mu that sold for $10,200 USD.

Collectors also jumped at the opportunity to acquire some of the finest Asian Banknotes that the market had to offer. Leading the way was a 10 Dollars of Ta-Ching Government Bank that brought $60,000 USD. An issued example of the type, this note features one of the most dramatic engravings seen on any note, with a dragon emerging from the clouds and the Wall of China and coastal shoreline at the bottom. Also impressive was the sale of a modern “Test Note” 10 Yuan issued by the Beijing Banknote Printing Company. One of just a handful available to collectors, this note brought $42,000 USD. From India, a PMG-graded Choice Uncirculated 2 Rupees 8 Annas brought $16,800 USD, while a Netherlands Indies 200 Gulden, which features facing vignettes of a man and woman in native attire, realized $13,200 USD.

For complete prices realized for the Stack’s Bowers and Ponterio May 2020 Hong Kong auction visit StacksBowers.com. The firm is now inviting consignments to their official auction at the ANA World’s Fair of Money in Pittsburgh, Pennsylvania and their October 2020 Hong Kong Auction. Contact them today at Consign@stacksbowers.com or 800-566-2580 to speak with a numismatic expert.