The "rarest British circulating coin in 200 years" has been certified as genuine by Numismatic Guaranty Corporation® (NGC®), the world’s largest third-party certification, grading and encapsulation service for rare and collectible coins. 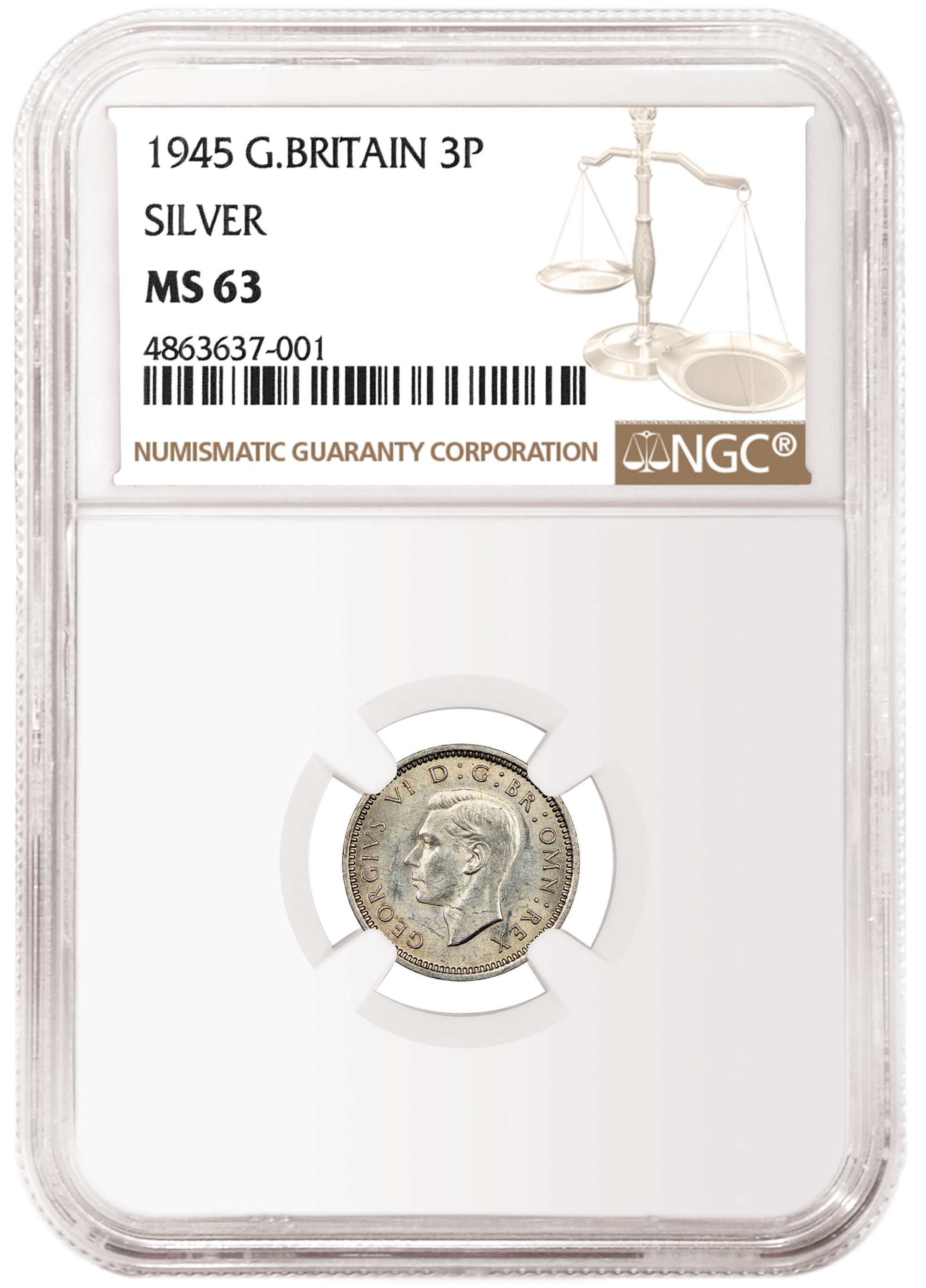 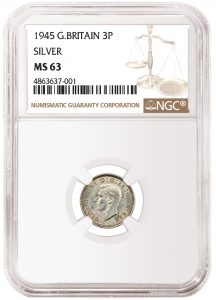 The tiny silver coin — only the second known example — was not discovered in a buried hoard. The 1945 Silver Threepence was found in an ordinary Whitman folder, the type of cardboard booklet that young coin enthusiasts have filled with coin collections since the 1930s.

The coin had been removed from the Whitman folder and placed in a similarly humble plastic envelope, or flip, when it was brought to Baldwin’s of St. James’s, managing director Stephen Fenton said.

But it caused an immediate sensation even so.

“It was a coin I’d looked for for 50 years,” Fenton said. “I regard this as the rarest British circulating coin for 200 years.”

“You see lots of rare coins, but this is something I’ve always hoped to see someday. It’s amazing proof that the rarest coins can emerge from the most humble of places.”

Though the Nazis showered London with V-2 rockets in 1945, it was a more mundane reason that led to the 1945 Silver Threepence coin becoming almost extinct. The Silver Threepence had become unpopular because it was very small — a diameter of 16 mm (six-tenths of an inch) and a weight of 1.4 grams (five-hundredths of an ounce). A bigger, heavier, 12-sided nickel-brass threepence had been introduced in 1937 and was being minted every year.

The King George VI Silver Threepence was minted from 1937 to 1945, with a peak production of almost 8 million annually in 1940 and in 1941. But the wartime issues of 1942-45 all were shipped to the British West Indies. And the output of the coin’s final year of 371,000 — apparently deemed redundant because of public acceptance of the 12-sided nickel-brass coin — was ordered to be melted down, its silver used in other mint products.

Every 1945 Silver Threepence was supposed to have been reduced to ingots, their inscriptions and profile of the king on the obverse and a St. George’s cross over a Tudor rose on the reverse, destroyed.

But at least two coins escaped the crucible, and more of them might be sitting in jars or Whitman folders, waiting to be recognized for the rarities they are. 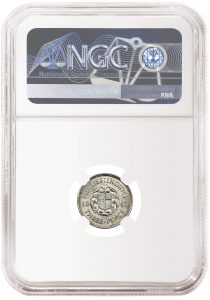 One survivor came up for auction in April 1970 at a Glendining & Co. of London sale. Its condition was described in the catalog as About Very Fine and it realized £260 (about £4,000 pounds in today’s money). Its buyer is unknown, and the coin has not resurfaced publicly since.

The newly found coin was certified by NGC and graded MS 63 on the 70-point Sheldon Scale. The condition of the coin found earlier is thought to grade a much lower 20 to 35 on the scale.

“I had no doubt that this coin was genuine,” Fenton said. “But NGC certification will ensure that everyone has the same confidence.”

How did it survive?

The owners, who Fenton declined to name, said they received the Whitman folder containing the coin from a relative who worked at the Royal Mint.

For more information about Baldwin’s of St. James’s, go to bsjauctions.com

For more information about NGC, go to NGCcoin.com

NGC is the world’s largest and most trusted third-party grading service for coins, tokens and medals, with more than 45 million collectibles certified. Founded in 1987, NGC provides an accurate, consistent and impartial assessment of authenticity and grade. Every coin that NGC certifies is backed by the comprehensive NGC Guarantee of authenticity and grade, which gives buyers greater confidence. This results in higher prices realized and greater liquidity for NGC-certified coins. To learn more, visit NGCcoin.com

Does that mean a mint worker retrieved it? Would that be illegal under British law? In other words, similar to 1933, US Gold $20 pieces?