One of the better regional shows each year is the Silver Dollar and Rare Coin Expo held in St. Charles, Missouri, just outside of St. Louis. This year the show takes p 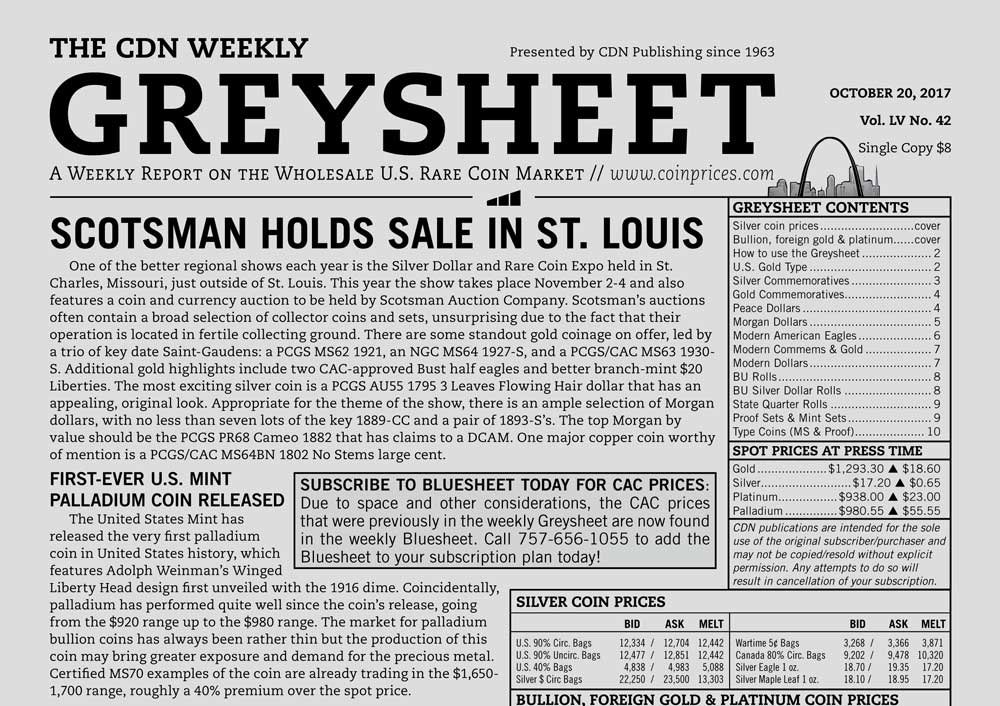 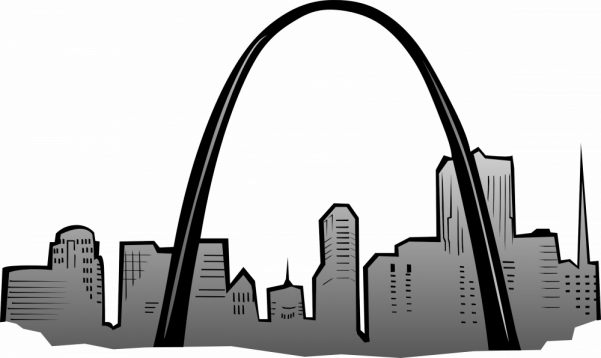 One of the better regional shows each year is the Silver Dollar and Rare Coin Expo held in St. Charles, Missouri, just outside of St. Louis. This year the show takes place November 2-4 and also features a coin and currency auction to be held by Scotsman Auction Company. Scotsman’s auctions often contain a broad selection of collector coins and sets, unsurprising due to the fact that their operation is located in fertile collecting ground. There are some standout gold coinage on offer, led by a trio of key date Saint-Gaudens: a PCGS MS62 1921, an NGC MS64 1927-S, and a PCGS/CAC MS63 1930-S. Additional gold highlights include two CAC-approved Bust half eagles and better branch-mint $20 Liberties. The most exciting silver coin is a PCGS AU55 1795 3 Leaves Flowing Hair dollar that has an appealing, original look. Appropriate for the theme of the show, there is an ample selection of Morgan dollars, with no less than seven lots of the key 1889-CC and a pair of 1893-S’s. The top Morgan by value should be the PCGS PR68 Cameo 1882 that has claims to a DCAM. One major copper coin worthy of mention is a PCGS/CAC MS64BN 1802 No Stems large cent.

The United States Mint has released the very first palladium coin in United States history, which features Adolph Weinman’s Winged Liberty Head design first unveiled with the 1916 dime. Coincidentally, palladium has performed quite well since the coin’s release, going from the $920 range up to the $980 range. The market for palladium bullion coins has always been rather thin but the production of this coin may bring greater exposure and demand for the precious metal. Certified MS70 examples of the coin are already trading in the $1,650-1,700 range, roughly a 40% premium over the spot price.

As forecast, this is the inaugural issues where CAC prices appears in their own section on the CDN Bluesheet. The series covered in the Bluesheet currently are Silver and Gold Commems and Morgan & Peace dollars, with more to come. We have also returned the Deep Mirror Proof Like silver dollar prices this week. These were replaced by CAC pricing for Morgans over the past two weeks to give readers a preview of what they could expect in the Bluesheet. Additionally, we have added pricing in the grades of MS61 and 62 for classic commems. Subscribe to Bluesheet today to get this info.

Both the Android and Apple (iOS) versions of the CDN Pricing App are now available for free download. Subscribers can use their same greysheet.com login to access all the features. We continue to remind readers that both the app and the online price guide contains pricing not available on the printed sheets.