This year’s host country for the Berlin World Money Fair, Japan, has once again impressively shown how innovative it is and how innovative even the production of Olympic medals can be. 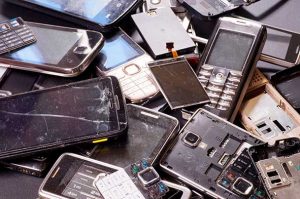 BERLIN, GERMANY: This year’s host country (for the Berlin World Money Fair [link]) Japan has once again impressively shown how innovative it is and how innovative even the production of Olympic medals can be. The Olympic medals to be awarded during the Olympic Games taking place in Tokyo next year will be made from recycled material from small electronic devices and mobile phones. According to the official “Tokyo 2020” website, which also reports on details of the medal project, collection points have been set up throughout Japan to collect almost 79,000 tonnes of “material” in total, from about 6.1 million used mobile phones. Approx. 32 kg gold, 3,500 kg silver and 2,200 kg bronze were extracted from this material stock to produce the medals.

The medal design shows Nike on the front. She is depicted from the front, striding towards the viewer. The background is the Athens Panathinaiko Stadium; the Olympic Stadium of the first Olympic Games of modern times in 1896. It was built on the foundations of an ancient stadium and marble was used for the most part, which is unique in the world and makes it a sight even today. The five Olympic rings are arranged above Nike and the inscription “Games of the XXXII Olympiad Tokyo 2020” can be read at the top.

The reverse sides of the medals contrast representatively with the front sides. According to the invitation to tender, they are supposed to show that the Olympic athletes need daily practice and discipline to win in their fields and to achieve the corresponding world fame. Junichi Kawanishi, the winner of the competition, in which more than 400 participants took part, implemented this with the representation on the reverse of a rough stone, which received its shine and brilliance through polishing.

Look forward with us to our guest this year, the Japan Mint.