While prices of gold and silver have cooled, the collectible coin market is still on a hot streak. 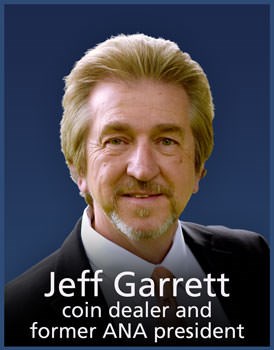 This afternoon, I saw another slip in the prices for gold and silver. The spot price of gold now stands at $1,710, and the price of silver just slipped below $18 for the first time in three years or more. These downward moves are remarkable in light of the current inflation rates reported by the US government. After years of very modest inflation, the reported rate is now around 8.5%. For anyone who buys food and many other necessary goods, you know that the rate increases for many products are much higher.

For decades, precious metals have been an investment hedge for those wanting to protect against excess government spending and the resulting inflation. We now have extreme government spending and inflation, but gold and silver have fallen. Equally confounding is the strong demand for physical gold and silver. American Silver Eagles are trading for about $10 over spot, an incredible 50 to 60 percent above melt.

The strength of the US Dollar is the reason most often given, and many skeptics believe the “global powers” are artificially depressing paper trading of precious metals to mask the impact of inflation. I will let the gold and silver bugs debate this issue, but the big question is: Do gold and silver prices still matter in the rare coin market? 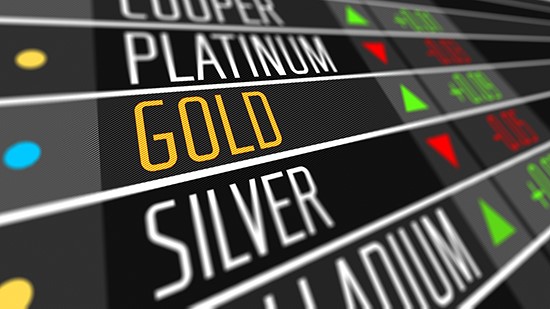 The impact of precious metal price fluctuations seems to have become detached from the numismatic market.

The recently concluded ANA convention and the auctions held the week after the show would indicate no. At one time, the link between bullion prices and the rare coin market was very strong. Past booms in the market, such as in 1979, were directly linked to soaring gold and silver prices. Many rare coin dealers were making millions and buying rare coins with the proceeds. When bullion prices fell sharply in the following years, rare coins prices crashed and did not recover until the next spike in bullion prices several years later. Until recently, this close link has remained constant.

The 2022 ANA convention in Rosemont, Illinois, was a great success by almost any measure. The crowds were ample and those in attendance were buying coins. The only dealers who found the show unsatisfactory were those with meager stocks of rare coins. For the first time in several years, there were dealers from around the world, and they all reported great sales.

Personally, I have benefited from the strength of the US Dollar when buying ancient coins from several of my regular sources. The special display of artifacts from the SS Central America was one of the most interesting I have ever seen. If you did not attend the show, you missed out. 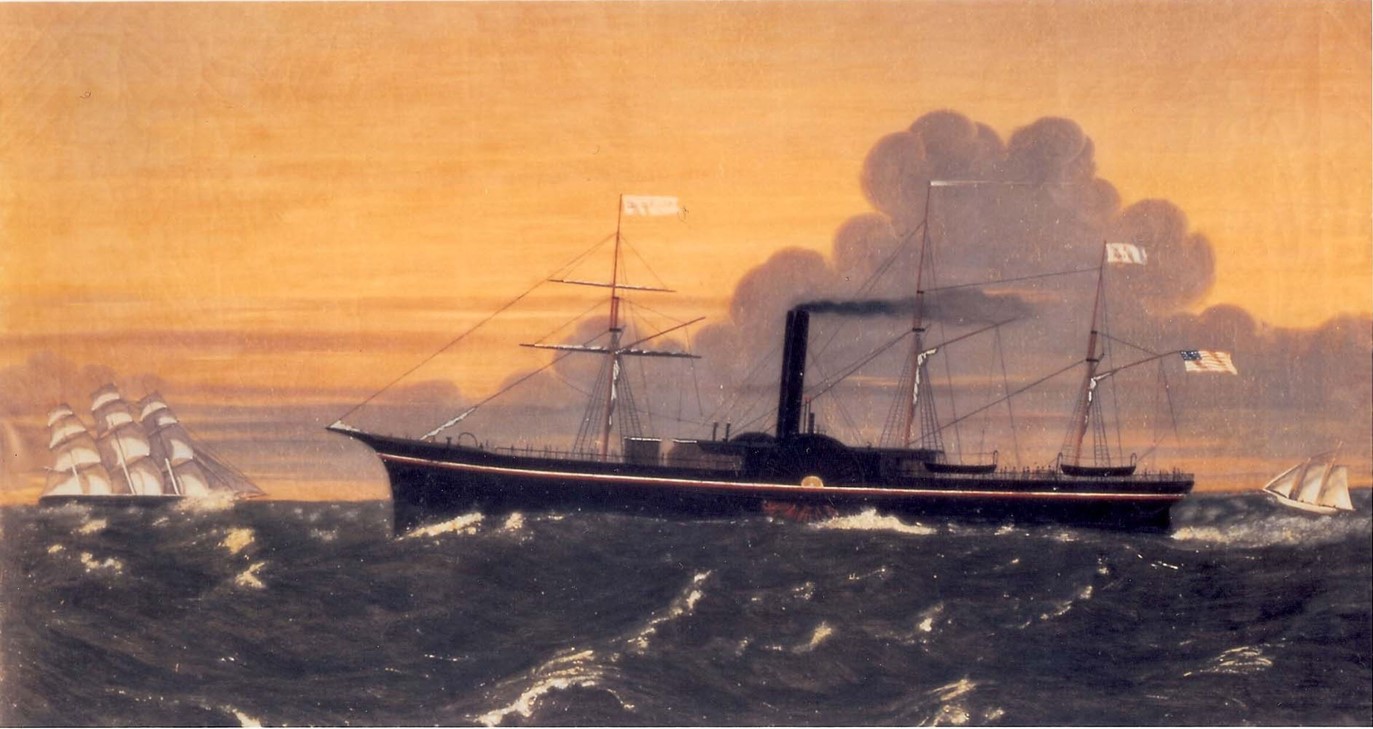 The SS Central America sank off the coast of North Carolina on September 12, 1857.

The auction sales by Stack’s Bowers and Heritage the following week were simply staggering in size. The slate of sales literally took the entire week to conduct. Many landmark collections crossed the auction block, and record prices were achieved across the board. This all happened with sharply lower bullion prices posted throughout the week. Buyers seemed completely uninterested in the prices of gold and silver. The totals have not been reported yet, but I’m sure the combined totals for Stack’s Bowers and Heritage will exceed $100 million. Sales at the convention the previous week were almost certainly in the tens of millions.

One of the highlights of last week’s auction was the NGC-graded Salmon Collection of Massachusetts silver coins. The small selection of rarities sold for over $2.9 million. 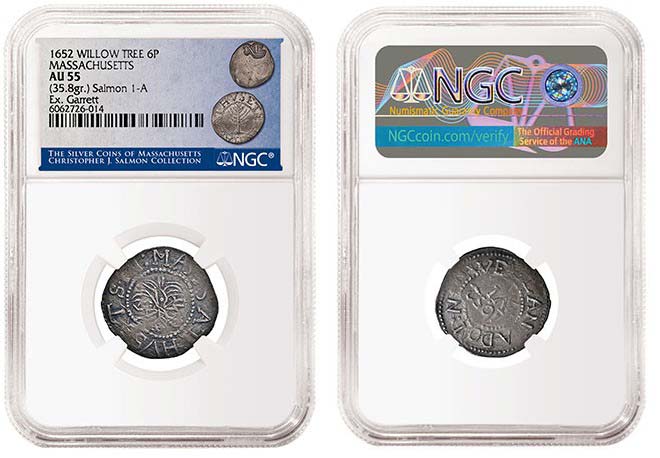 Ancient coins were another super-strong segment of the market last week, with several NGC-graded examples selling for six figures. One of the highlights was a Roman Imperatorial, Octavian & Divus Julius Caesar Gold Aureus graded NGC Ancients Ch VF that realized $288,000. Many ancient coins sold for multiples over the estimates. 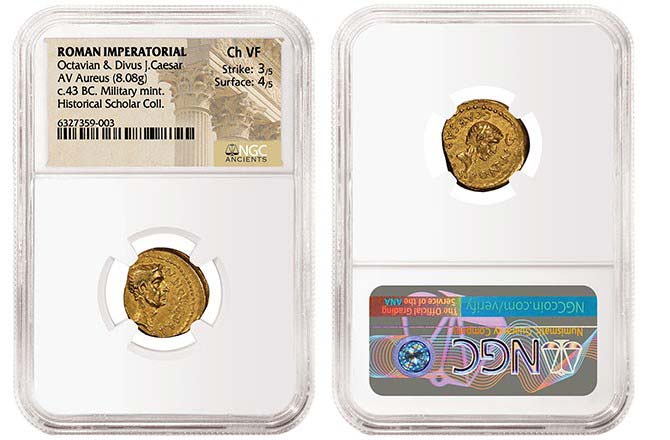 There was amazing strength in nearly all parts of the rare coin market at the ANA show, and the auctions held the following week. The sale last week of a Mickey Mantle baseball card for over $12 million further demonstrates the incredible demand for rare collectibles.

Many of the armchair quarterbacks who ponder the rare coin market are surprised that collectibles are holding or increasing value in a down market environment for nearly all other conventional investments. The stock market seems to be taking a daily pounding; bonds are falling; real estate has come to a halt in most areas; cryptocurrencies are down by more than half and cash is losing buying power as inflation stays stubbornly persistent. There is seemingly nowhere to hide except collectibles. Maybe that is the primary reason for so much interest.

Falling bullion prices could have one major benefit for the health of the long-term rare coin market. As falling prices tempt new buyers and those looking to preserve wealth, a certain percentage of them will eventually transition into coin collectors. This pattern has been repeated many times over the decades. American Silver Eagles have long been known as the “gateway” introduction for new collectors. The cable TV shows and full-page media ads by large marketing companies bring in hundreds of thousands of new buyers each year. We all owe thanks to them for growing the hobby each year.

Even though rare coin buyers seem to be ignoring falling bullion prices, that may change in the future when metals turn around. A major increase in gold and silver prices would create more foot traffic in shops around the country and spur sales for the major marketing companies. Rising precious metal prices would probably be a positive for the market.

The long historical connection between precious metals and rare coin prices seems to be on pause, at least for the time being. Records continue to break for rare coins and other collectibles even as bullion prices fall. Time will tell if this is a short-term phenomenon or the new normal.