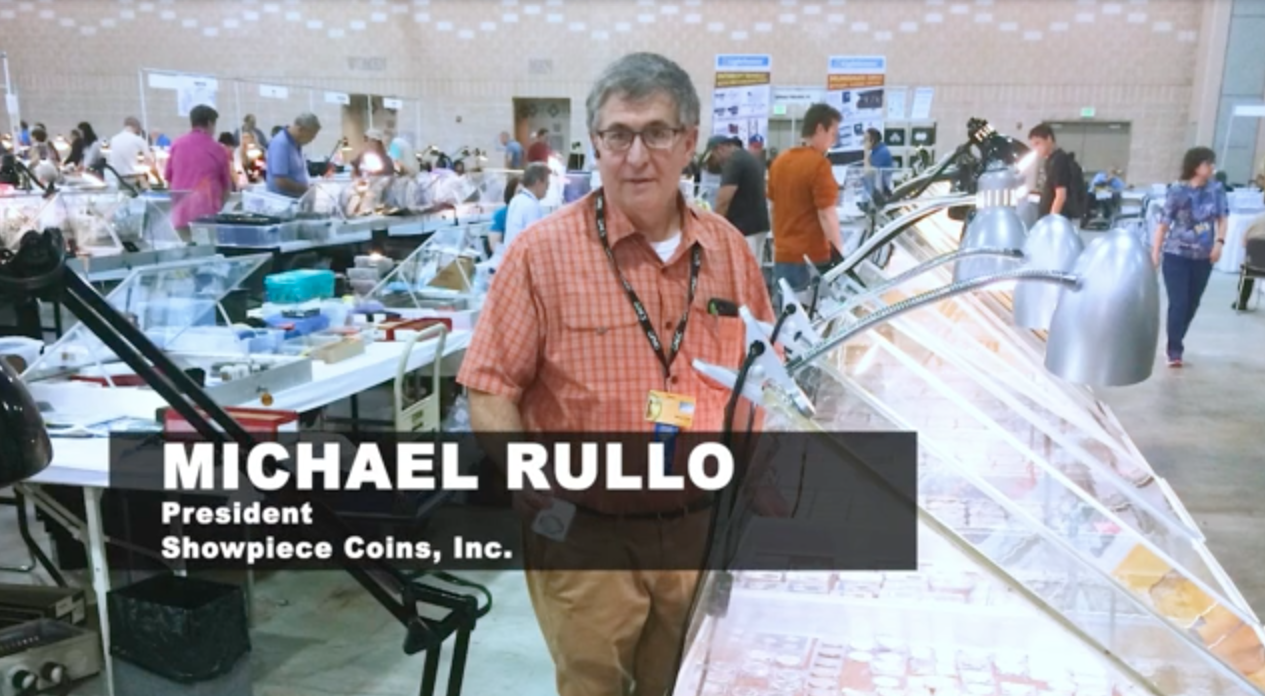 CDN had the opportunity to speak with coin dealer Michael Rullo from Palmyra, New Jersey, at the ANA World’s Fair of Money coin show in Philadelphia back in August.


I had the opportunity to speak with coin dealer Michael Rullo from Palmyra, New Jersey, at the ANA World’s Fair of Money coin show in Philadelphia back in August. Rullo was particularly excited to share his thoughts with me — after all, one of the biggest coin shows in the world was happening a hop, skip, and jump from his New Jersey town, located just on the opposite banks of the Delaware River.

Rullo was excited because his massive booth, which consisted of multiple tables forming a large “island” in the Budget Section of the show, was drawing dozens of people at any given moment throughout the show. “We’ve been busy” he said of the activity there. “We have eight people working and I haven’t seen one of them sit down!” he exclaimed. He loved that the locals were coming out in droves and that they were proud of the important history Philadelphia has in the American numismatic scene. He even calls it “The Coin Collecting Capital of the Country.” Judging from the brisk pace of things at the show in Philly, I believe he’s right.

This interview with Rullo is insightful from the marketplace standpoint, too. Aside from the “local” perspective on the activity at the Philly ANA coin show, he also provides some insight on what’s happening in the budget arena of the hobby and why it’s a critical part of the industry. Novelty coins, cheaper sets, and other inexpensive pieces do have a important place in the market, and he tells us why. Certainly, Rullo offers wisdom for other dealers to consider — especially those who wish to expand their customer base to more entry-level collectors and any hobbyists with leaner finances.