Numismatic Guaranty Corporation (NGC) has announced that prizes valued at more than $20,000 will be awarded for the 2019 NGC Registry awards. The NGC Registry is a free 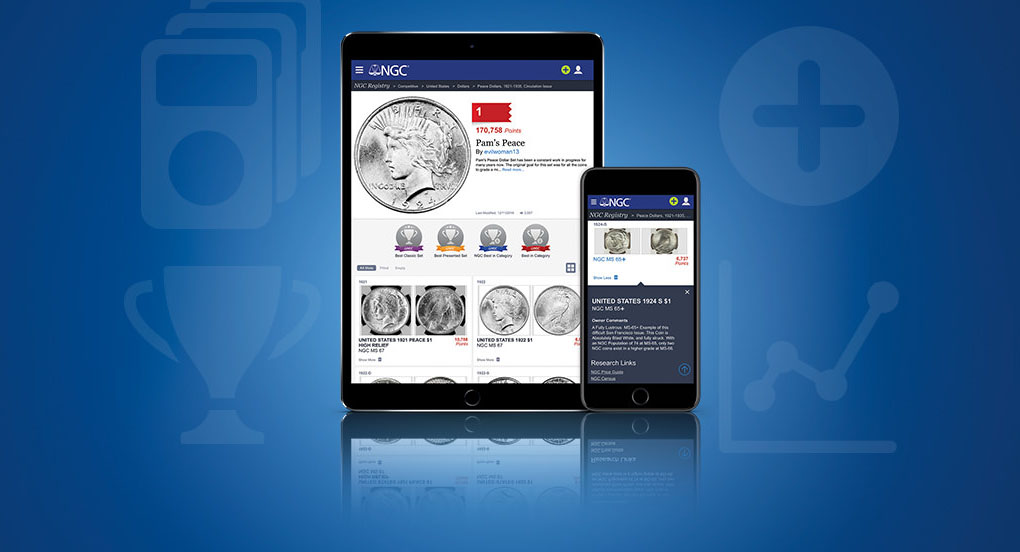 Numismatic Guaranty Corporation (NGC) has announced that prizes valued at more than $20,000 will be awarded for the 2019 NGC Registry awards.

The NGC Registry is a free online platform where collectors register and display their NGC-certified coins and compete against other collectors around the world for recognition and prizes. This popular resource now boasts more than 12,000 users, 110,000 registered sets and 1.1 million registered coins.

Winners of major NGC Registry Awards will receive a personalized plaque, an icon of recognition next to their NGC Registry set and a $500 NGC grading credit! Winners are announced every January at an event during the Florida United Numismatists (FUN) Show.

This year, winners will be selected in the following major award categories:

In addition to the major awards, the NGC Registry honors the #1 set in each category with an icon of recognition next to the set. Winners will also have an option to print a certificate of achievement through their My Account page. If they would prefer to receive a printed certificate by mail, they can request them in My Account after the winners are announced in January.