Numismatic Guaranty Corporation® (NGC®) has been selected to certify gold nuggets recovered from the shipwreck of the SS Central America, one of the most famous treasures of all time. 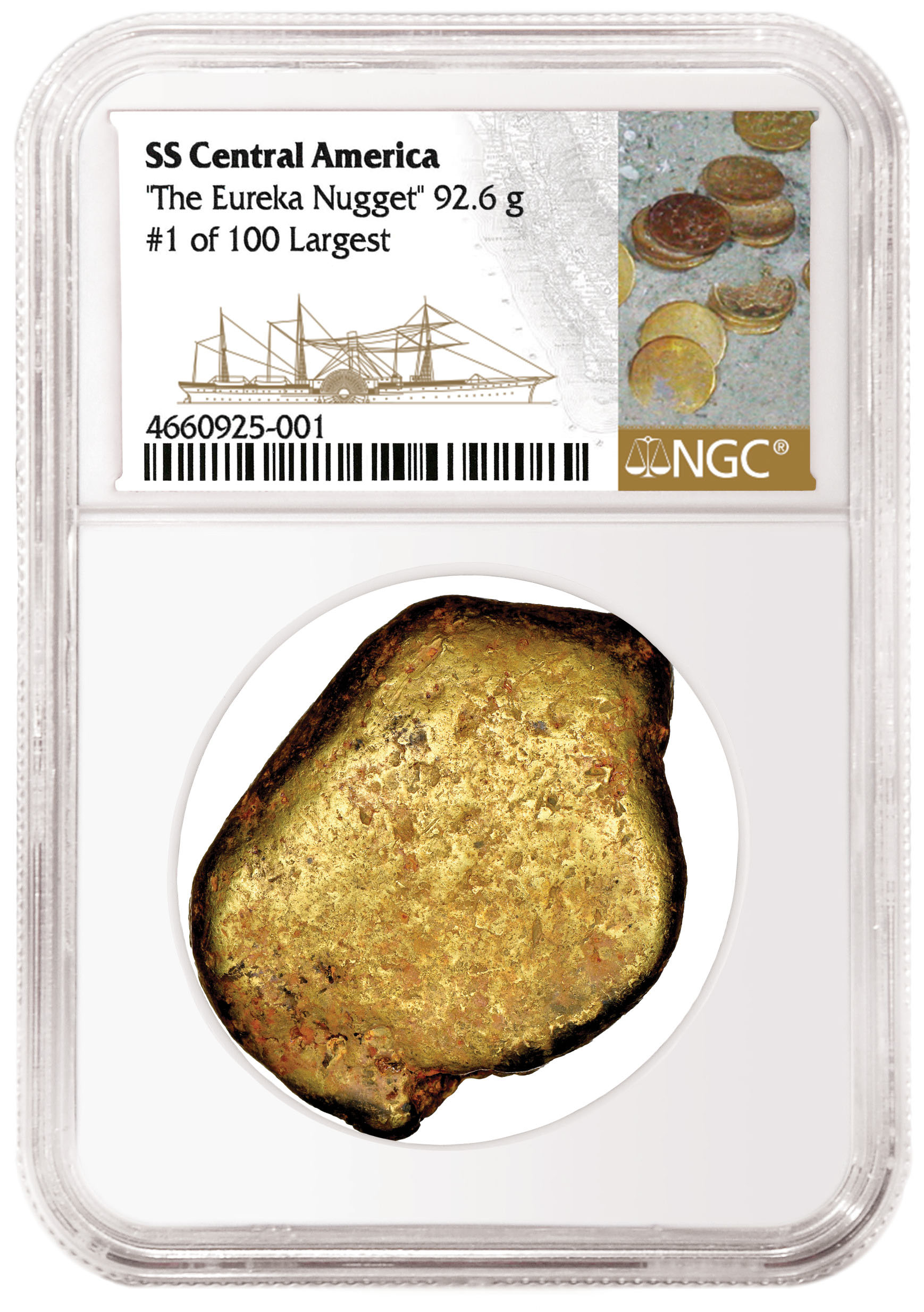 SARASOTA, Fla. (August 13, 2019) — Numismatic Guaranty Corporation® (NGC®) has been selected to certify gold nuggets recovered from the shipwreck of the SS Central America, one of the most famous treasures of all time.

Known as the “Ship of Gold,” the SS Central America sank in a hurricane in September 1857 while carrying an astonishing 30,000 pounds of gold. The gold was being transported from California to New York by way of Panama during the early years of the California Gold Rush.

The SS Central America wreck was ultimately located in 1988 at a depth of more than 7,000 feet. A massive amount of gold coins and ingots were recovered, with an estimated value of more than $100 million.

In 2014, another expedition was made to the SS Central America shipwreck site to try to recover more treasure. Millions of dollars’ worth of additional treasure was successfully recovered.

All of the SS Central America artifacts recovered by the 2014 expedition were carefully preserved and stored by Numismatic Conservation Services™ (NCS®), an affiliate of NGC, for several years while a court case was pending. NCS’s services ensured that the artifacts remained in their original condition until they could be certified and offered for sale to collectors.

Among the most interesting artifacts recovered from the SS Central America in 2014 were several bags of gold nuggets, undoubtedly found by prospectors during the California Gold Rush. The largest of these gold nuggets weighs a whopping 92.6 grams, or more than three ounces.

California Gold Marketing Group, which has handled the sale of all SS Central America treasure, selected NCS to conserve and NGC to certify the gold nuggets. Some of the largest gold nuggets, now certified by NGC, will be on display at the NGC booth (#1400) at the ANA World’s Fair of Money in Rosemont, IL, Aug. 14-16.

“NCS and NGC did a fantastic job preserving and certifying these impressive gold nuggets,” says Dwight Manley, president of California Gold Marketing Group. “The SS Central America is the greatest treasure in American history and now collectors can own a gold nugget from this storied shipwreck and the California Gold Rush.”

NGC is the world’s largest third-party coin authentication, grading and encapsulation service with more than 44 million coins certified. Founded in 1987, NGC backs each graded coin with the NGC Guarantee of grade and authenticity, which gives buyers greater confidence. This results in higher prices realized and greater liquidity for NGC-certified coins. Learn more at NGCcoin.com.