The ANA World’s Fair of Money in Philadelphia back in August brought together hundreds of the nation’s most prestigious and knowledgeable numismatic luminaries, and among them were Stack’s Bowers Director of Currency Peter Treglia. 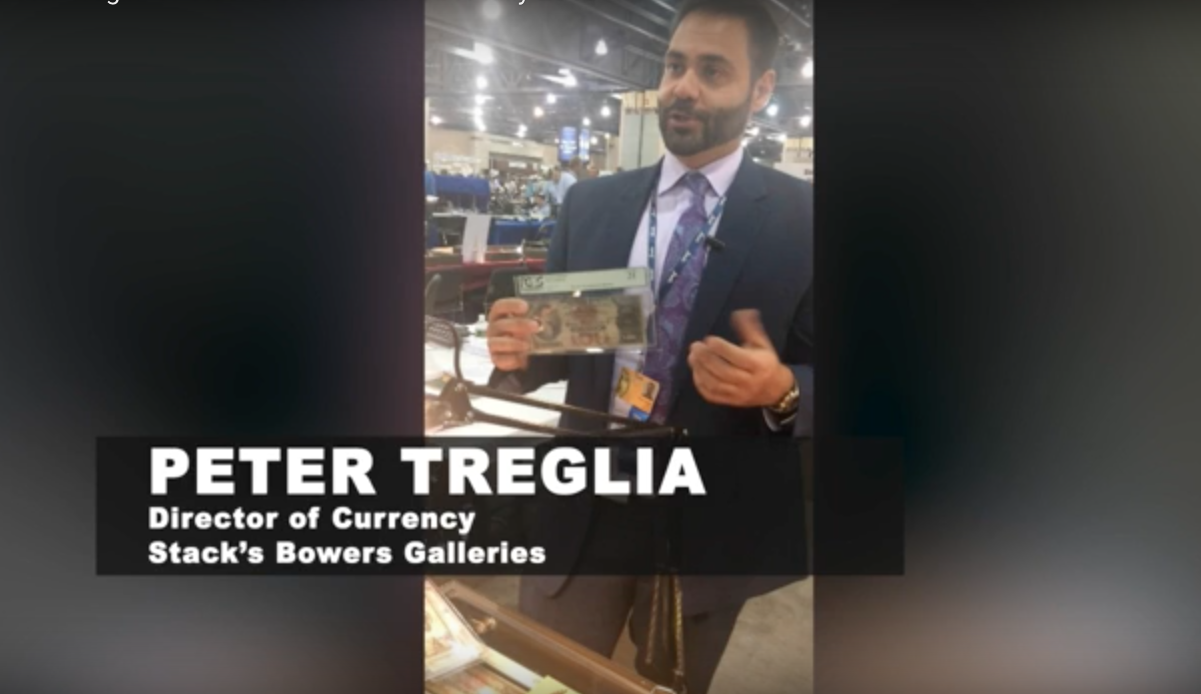 The ANA World’s Fair of Money in Philadelphia back in August brought together hundreds of the nation’s most prestigious and knowledgeable numismatic luminaries, and among them were Stack’s Bowers Director of Currency Peter Treglia. When CDN Editor Patrick Ian Perez and I interviewed him on a Wednesday at the ANA show, Treglia was excited about that night’s upcoming Joel R. Anderson Collection, and he was kind enough to show us and talk about some exceptionally scarce and interesting notes.

Treglia also shares with us some insights on two more of his favorites — the Series 1878 $100 triple-signature note and the Series 1890 $1,000 Treasury note known as “The Grand Watermelon,” so called due to the shape and color of the zeroes on the reverse of this famous piece.

Additionally, he provides some glimpses of upcoming lots at future Joel R. Anderson sales, talks about what’s happening in the currency market now, offers insight on wholesale activity in the industry, and tells us why he thinks the market may be better situated these days than it was years ago. All this and more in the engaging five-minute conversation with one of the biggest figures in currency sales.