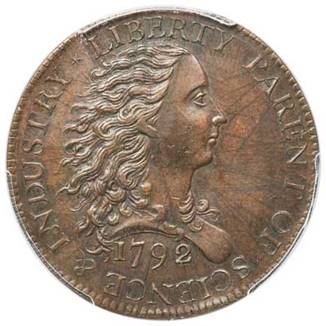 DALLAS, Texas (May 17, 2017) – The consignment deadline for Heritage Auctions’ 2017 American Numismatic Association Auction July 31-Aug. 7 is June 21, so sellers still have a few days to submit their high-end collections to appear along with special offerings, such as a 1792 Parmelee Birch Cent offered at auction for the first time in 55 years.

“This elusive Birch Cent has finally been found and is heading to auction,” said James Halperin, Co-founder of Heritage Auctions. “Our numismatists have spent an entire year cultivating our ANA events and we think collectors will be delighted by what they find with Heritage.”

The Birch Cent (PCGS certified and encapsulated as Genuine – Edge Filed, Denticles Repaired – XF Details) is the Plain Edge example offered at the Lorin G. Parmelee Collection auction in 1890, during which was noted the coin’s strong, sharp impression, paired with a curiously filed-down plain edge. The traditional history of the Parmelee coin has it going to DeWitt Smith-Virgil Brand-Dr. Judd.

The weight of the coin is 262.2 grains, very close to the 264 grain standard of the Mint Act of 1792. If filed down, the missing weight would make it a Judd-5, changing the census of known specimens to one Judd-3, seven Judd-4s, and three Judd-5s.

“The Parmelee provenance is very exciting,” Halperin said. “We’re delighted this specimen will be offered during ANA – a special event suitable for a special coin.”