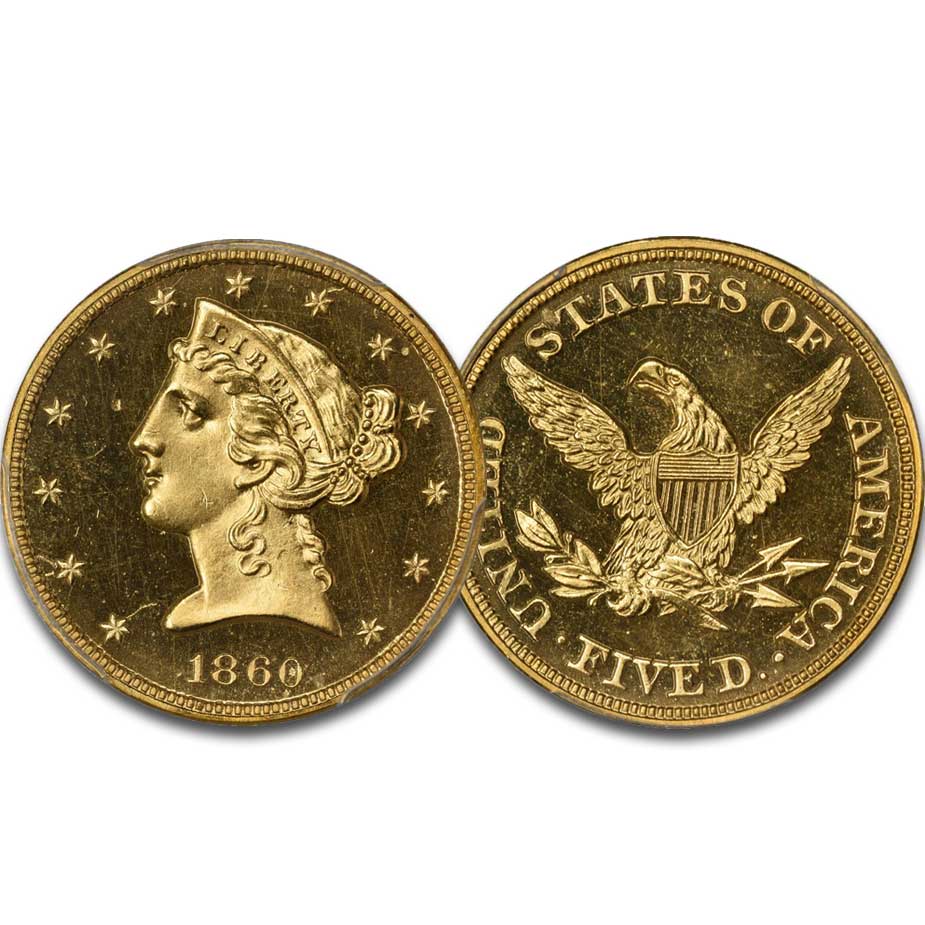 Kagin’s Auctions will be offering the Harry Bass 1860 $5 proof Half Eagle as a part  of their September 15th West Coast Auction in conjunction with the Santa Clara Expo coin show. The $5 gold piece, graded PR65+CAM by Professional Coin Grading Service is one of the keys to the proof Half Eagle series.

Despite a reported mintage of 62 pieces, the 1860 $5 is the second rarest proof Half Eagle produced at the Philadelphia Mint after regular production of gold proofs began in 1858. A census of the issue, to be published in the catalogue, traces six examples in private hands and an additional three pieces in institutional collections.

The coin hails from the legendary Harry Bass collection, where it was sold in a PCGS PR65 holder in November of 2000. Prior to that, it appeared in the May 1974 sale of the collection Theodore Ullmer, where it was catalogued as Gem Proof. It is one of only two examples graded by Professional Coin Grading Service, the other coin being a PR64.

The Smithsonian currently houses the Mint Cabinet specimen, as well as the Josiah K. Lilly Jr. piece, and the American Numismatic Society has had an example as a part of the J.P. Morgan Collection, first donated to the American Museum of Natural History, then transferred to the ANS.